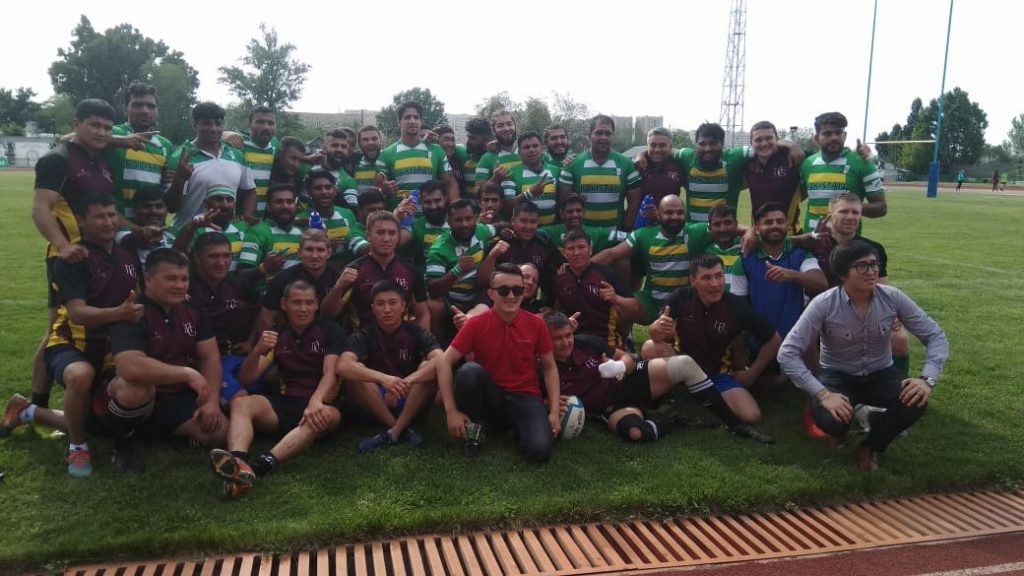 According to Pakistan Rugby union officials who are present in Almaty, the Pakistan 15 side team convincingly started their first international test match after three years. The Pakistan players played a very different game and routed the opponent in view of their skills, techniques and speed. From the start Pakistan team dominated the game and at the end of first half, a rather difficult target of 45-0 was set for the opponents Kyrgyzstan to achieve.

In 2nd half Pakistan players came more strongly and played a very well planned game.  From Pakistani side Ali Khan and Muhammad Shoaib Akbar both scored 3,3 tries each, Saad Arif and Adnan Saeed both scored 2, 2 tries each while Anjum Sajjad, Nasir Mehmood, Muhammad Haroon and Muhammad Waqas all scored one try each. Opponent were not able to score a single try.

Pakistan team head coach, Shakeel Ahmed Malik via phone stated that team played a very well strategized game. This was despite lack of international games. Hope the team will be able to show the same performance in the final, despite Kazakhstan having a very strong team, with very good and seniors players.