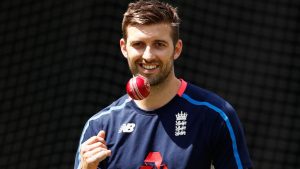 Mark Wood has been called up to the England Test squad for the upcoming series against West Indies as a trade for fast bowler Olly Stone.

Stone will fly home from the Caribbean on Friday after he was controlled out of the visit with a pressure crack in his lower back.

Wood is expected to touch base in Barbados throughout the end of the week, having awed the selectors on an England Lions visit to the United Arab Emirates.

The 29-year-old snappy has taken 30 wickets at an average of 41.73 in 12 Tests, with his last appearance in the configuration coming against Pakistan at Lord’s last May.

Reflecting on his selection Mark Wood said: “I am really pleased to get the call but I do feel for Olly in these circumstances. I have put a lot of work into my game when I was away with Lions in the UAE during November and December and I took on board what the coaches were looking for while I was there. We discussed the way I trained, being more efficient with my preparation and having a positive mindset.”

England and West Indies begin the three-coordinate Test arrangement at the Kensington Oval next Wednesday.

Mark Wood named as Olly Stone’s replacement for #WIvENG Test series. Beset by injuries and when he’s played red ball cricket, has struggled to be consistent spell after spell. Dangerous one day bowler but at the age of 29 and with average over 40, has to make most of Test call

Mark Wood has been recalled to the Test squad replacing Stone; pace for pace. On flat pitches his speed will be an asset, arriving in Barbados this weekend. If he’s on my flight I’ll buy him a beer!#WIvENG #MarkWood#Barbados #Caribbean