With the FIFA World Cup 2018 Russia fast approaching, Allsportspk continues its build up to the biggest sporting event of the summer.

Holding the football World Cup is a massive challenge for any host nation regardless of their economic strength. The event is right up there with the Olympics as the most watched and widely anticipated sports extravaganza. Therefore, the host nation has to make sure everything is up to scratch.

Perhaps the toughest ask for any country is the construction of stadiums where the actual matches are held once the event starts. Obviously, countries such as Italy (a host in 1990) are at an advantage as they have a well-established football culture and structure. Due to this, they already have high class stadiums and facilities needed for the event. The most they need to do is build a couple of more stadiums and improve the existing ones. Countries, like South Africa (a host in 2010), however, face a bigger task and have to almost start from scratch.

Russia is a mixture of both these types of hosts. The country already has some very historic stadiums but has spent plenty of its finances to construct numerous new (and absolutely gorgeous) stadiums. In this article, we will be looking at the three stadiums, that we think, the fans will like the most. 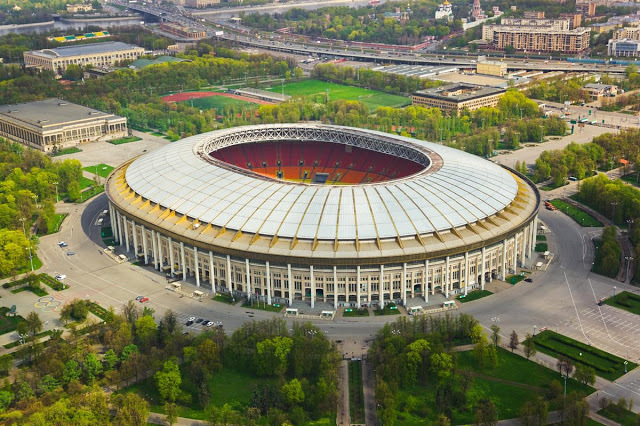 The national stadium of Russia, the Luzhniki Stadium, based in Moscow, is easily the most historic football ground in the country. The name of the stadium is a nod to the beautiful flood meadows in the bend of Moskva River where the stadium was constructed. The stadium has previously held the World Hockey Championships as well as the Summer Olympic Games.

The most important football event of the stadium’s history up until now has to be UEFA Champions League Final in 2008. The final was played between Chelsea and Manchester United with United coming out on top after a nervy penalty shootout. The stadium has now been given the privilege of being one of the very few stadiums to host a FIFA World Cup Final.

The stadium has under gone a refurbishment in preparation of the tournament. The USD $420M refurbishment has seen the athletics track removed, stands rebuilt closer to the pitch, and the overall capacity increased.

Easily one of the most dazzling stadiums in the world, the Cosmos Arena is being built in the city of Samara.

Named “Cosmos” as the city is the centre of Russia’s space industry, the USD $370M stadium, will host six games at the World Cup including one of the Russian team’s matches. The stadium will also be holding an all-important quarter final on the 7th of July.

The most innovative feature of the magnificent new arena is its unique 65.5 metre high dome roof. This architectural feature is said to give the stadium the look of an asteroid crater. 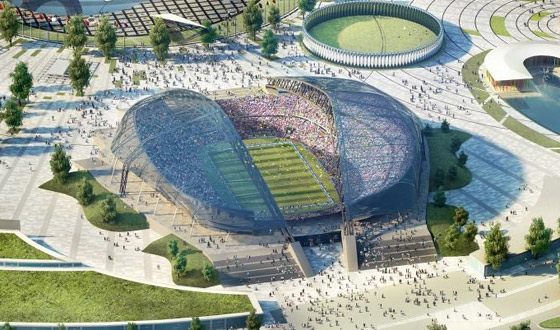 The Fisht Stadium is built in the southern city of Sochi. It has been awarded the opportunity to host six matches at this year’s tournament, which is a very unique feat.

The USD $779M wonderful Fabergeì egg-inspired stadium is named after the Fisht Mountain which lies in close proximity to it. Originally built as an enclosed facility, the 40,000-seat venue was re-opened in 2016 as an open-air football stadium.

Allsportspk News - 16/10/2021 0
In the 40th Punjab Open Golf Championship moved into the final phase at the PAF Skyview Golf Course in Lahore. With 36 holes gone...