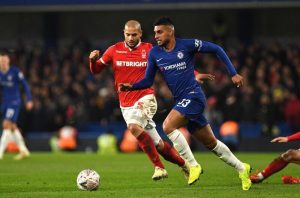 bUt chElSeA nEeD HElP oN tHe wINgs pic.twitter.com/LR1cYmZevC

After over 500 appearances in English football, Cesc Fàbregas bids an emotional goodbye ? pic.twitter.com/BJq7IHnnjT

Gaizka Mendieta spoke to us at the #StarSixes about Cesc Fàbregas:

“He came to the Premier League very young and made a huge impact at Arsenal and Chelsea.”

“The fans love him. He’s definitely a living legend of the Premier League and for Spain.” pic.twitter.com/UosOBaHnXH 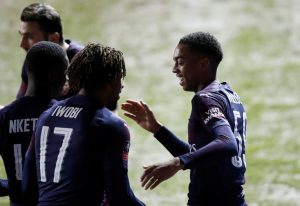 A Blackpool fan has been arrested after staging a protest on top of Arsenal’s team bus before their FA Cup tie at Bloomfield Road.

An open letter from Blackpool fans explaining why they are ‘adoting an ethical boycot’ for their FA Cup match with Arsenal. ‘We are a club in crisis…our decision has not been taken lighly. We believe [the owners] only run BFC for their own benefit…’ pic.twitter.com/pFlxy02oqJ

? Late changes to our squad for tonight’s game…

Arsenal celebrate with their fans at full-time – Jenko loving it at the end and thumping the badge as the crowd sing “Carl Jenko’s a Gooner’ pic.twitter.com/gdfncjOpm9 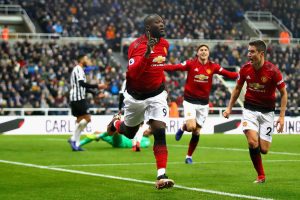 As cool as you like from @RomeluLukaku9 to double our lead just before the interval! #MUFC #EmiratesFACup pic.twitter.com/GAMAHBTrJQ

We’re through to the #EmiratesFACup fourth round!

? Ole’s at the wheel… pic.twitter.com/HVm8xWVOs6

It’s 2019 and Phil Jones is still playing for Manchester United and defending like this. pic.twitter.com/FFZvySam0w