One IPL match was held today. The Match Wise IPL Match Highlights are appended below the Points Table. 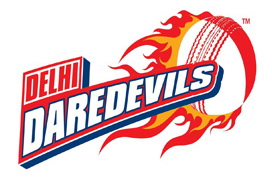 Man of the Match: Harshal Patel

·         It was a dead rubber game as Chennai had already qualified for the play-offs and Delhi were already out of contention as they had lost enough matches for them to be knocked out of this IPL. Delhi looked to win and earn a consolation win but Chennai weren’t going to lose either as they wanted to finish at the top of the table.

·        So, the toss was held and CSK won the toss and chose to field first. The captain SS Iyer, himself came out to open the innings with PP Shaw as Delhi looked to score runs on a bowling wicket.

·        It was always going to be difficult for Delhi to score against a CSK bowling attack that is exactly what happened as the 1st wicket fell in the 5th over as Chahar took his 1st wicket of the match.

.         Now Iyer and the destructive Pant were on the crease and both of these batsmen did a good job as they shared a 54-run partnership to steady Delhi’s ship. But not for long as their plans were disrupted by Ngidi who took out both of these batsmen as Delhi’s middle order was exposed to CSK’s bowling.

·        More wickets fell in the upcoming overs as Glenn Maxwell continued his lean patch followed by Abisheikh Sharma who couldn’t replicate his last innings performance as Delhi were 5 down for 97 runs with 5 overs remaining.

·        Delhi needed their lower-middle order to fire which they did as Vijay Shankar and HV Patel shared an unbeaten partnership of 65 runs to take Delhi to 165; An good total on this pitch.

·         It was CSK’s turn to bat now as their turn to bat and their prolific openers Watson and Rayudu came out to bat. As, expected both these batsmen took their team to a flying start as they shared a partnership of 46 runs.

·         But, Delhi were not going to sit back as Mishra struck in the 7th over to send Watson back to the pavilion. Rayudu was now joined by Raina but they couldn’t build a partnership as Ambati Rayudu departed after making a fifty off 29 balls.

.         Suresh Raina also had a short stay at the crease followed by Sam Billings who also couldn’t hold out much longer as both of them got out in consecutive overs by Lamichhane and Mishra respectively.

·         It was now up to Dhoni and Jadeja to weave some magic as 58 runs were now required off 24 balls. But after Boult took Dhoni’s wicket in the 18th over the match was surely over.