These are the next matches of of Serie A, Match Day 12 of 38. The highlights are appended below the points table. 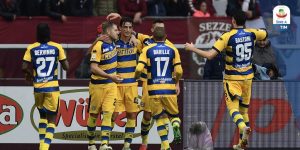 No goals in the 2nd half and with the win, Parma are now tied with Torino on 17 points. #TorinoParma #TORPAR #Torino #Parma @TorinoFC_1906 @1913parmacalcio @ParmaCalcio_en Can Parma possibly push for Europe on the 1st season back in Serie A? @SerieA #SerieATIM

.@1913parmacalcio grab their first win in 4 matches after a ? away performance and a hectic

▪️Both teams are now level on 17 points just outside the Top 6 ?
▪️Gervinho and Inglese get Parma’s goals and have 7 goals between them

#Parma with a big 2-1 win against #Torino to move into the #SerieATIM top 10.#TorinoParma pic.twitter.com/CFwMgUd6BM

After the win on Sampdoria, Torino will try to reconfirm it against Parma, which didn’t win from the 8th day.

@SerieASitdown torino get themselves handily placed in the league then lose to Parma. They are the most inconsistent team in See if a. 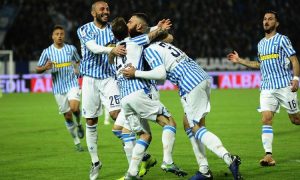 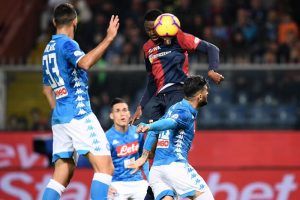 Full-time: Genoa 1-2 Napoli. Horrible game to watch after the rain started. Great spirit by Napoli to fight their way back to win though

After the bad defeat at San Siro, Genoa will want to try to redeem itself, while Napoli must continue to win to get closer to Juventus.

Napoli came from behind with goals from Fabian Ruiz and Davide Biraschi to go up to second on the table. pic.twitter.com/pcCjTgIrmv

It’s fair to say that this game in Genoa is seeing bad weather. Not helping then home team or Napoli. The rain look terrible, arguably if this continues, it could be called off #GenoaNapoli pic.twitter.com/ukC0SSfgnV

Italian Serie A ’18-19 – Highlights: Sassuolo Hold Sampdoria To A Goalless...