These are the next six matches of of Serie A, Match Day 13 of 38. The highlights are appended below the points table. 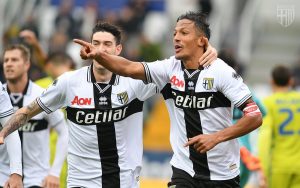 Great skill from the forward to win a foul and give his defenders a chance to regroup. #ParmaSassuolo 2-1 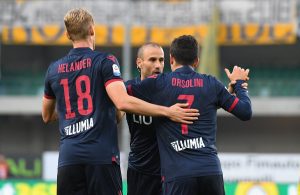 ▪️Atalanta with four wins in a row ??

▪️Chievo only club in Europe on 0 points ?

7′ Bologna close again from a corner. Helander wins the header and Danilo flicks it over the crossbar. Maybe time to tighten up now, boys. 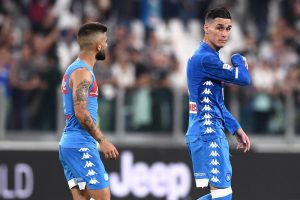 Its Juventus title to lose now. even though we are so early in the season they have such big lead. Eight points over Napoli #Juventus #SerieA pic.twitter.com/41WupRXp4P

?? #SerieA Day13
Juventus gains a +8 margins on 2nd before 4 tough games (A Florence, H Inter, Turin Derby, H Rome).
Napoli and Inter don’t seem to have what it takes to fight for title.
Lazio, Milan and Rome should fight for 4th place till the end.
Parma surprise of the season pic.twitter.com/9RIZEeUMSY

Domenico Di Carlo “rediscovered that #Chievo spirit” in the draw with #Napoli . “I told them to make the surprise result of the weekend” https://t.co/Q3utd08TuO #NapoliChievo #SerieA pic.twitter.com/rM1TWtWMUi