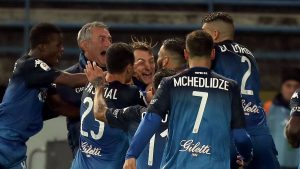 Which club is this?

Some surprise results in Serie A right now: Napoli drawing at home to Chievo, Atalanta blowing a 2-goal lead at Empoli, Fiorentina not drawing 1-1

At Castellani, Empoli will try to repeat itself after the good victory against Udinese, while Atalanta is on the hunt for the fifth consecutive victory.

It ends at Castellani! Empoli wins in the final! 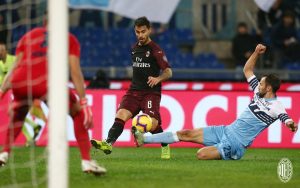 Joaquín Correa rescues Lazio against AC Milan, keeping the capital side above their fellow #UEL hopefuls in fourth spot in Serie A. ?⚽️ pic.twitter.com/QPbZzATWTj

Joaquin Correa cancels out Franck Kessie’s late goal in the 94th minute for the hosts, who retain fourth spot up against their visitors.

??? Piatek has just scored another goal for Genoa!

Despite not scoring for 5 games he still tops the list for Serie A scorers this season! pic.twitter.com/8lDNxjcw7c