These are the next three matches of Serie A, Match Day 5 of 38. The highlights are appended below the points table. 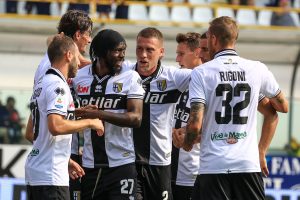 This is utterly ridiculous. Against Parma Dimarco handballs but VAR can’t be used. Parma player blocks Handanovic view from offside position when Dimarco scores VAR can’t be used.
But Inter scores “OFFSIDE.”
This league is a joke.#SampdoriaInter #SerieA #FCIM #InterStats

@SerieASitdown inter deserved it in the 2nd half and have to say var made it even more entertaining.
Parma impressive win.
Never saw my tip for 4th fiorentina game as I decided to watch a certain german team attempt tp play football !!!!!!!!!!!!!!!!!!!!

Triple whistle at the Tardini! Parma conquers the first home win of the season thanks to Inglese and Gervinho! 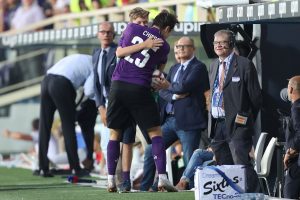 Federico Chiesa gave the match ball to his younger brother, a Fiorentina ball-boy, after scoring in today’s 3-0 win over SPAL ? pic.twitter.com/14JB7L3L5S

That’s it! Fiorentina win 3-0 and look like they barely even broke a sweat. Clean sheet and a win means that they’re 3 from 3 at the Franchi, scoring 10 and conceding 1.

Fiorentina were the better side from beginning to end and comfortably got their third win of the season to climb up to ten points, in front of 30.000 very happy fans #FiorentinaSPAL pic.twitter.com/aXA7BU6TZT 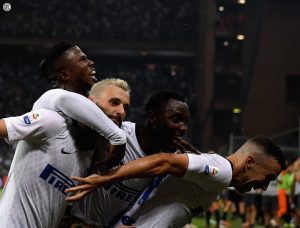 Inter deserved the win, no matter who goes against us, if we persevere, we can do great things #InterMilan #EpicBrozo

Inter Milan win it at the very end!! Brozović with the crucial goal after Inter had two efforts chalked off.

This result saves them from enduring their worst start to a league season since this millenium.

VAR denies Kwadwo Asamoah what would have been a cleanly struck goal and the win clincher for Inter Milan.

Moments later, Sampdoria scores and the VAR rules out the goal for off side. On both occasions the… https://t.co/qDPaOpN0TQ

#InterMilan 16th in SerieA despite win over Spurs in #CL. My money is on #Mourinho to be appointed there just as soon as he manages to get sacked by #ManU.