These are the next two matches of Match Day 3 of 38. The highlights are appended below the points table.

Match 2 of 10: Bologna Vs Inter Milan 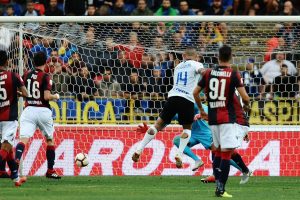 Even though I support Arsenal ⚪? and they aren’t in the Champions League I will be hoping Inter Milan win it. I’m a keen follower of Inter, always like the club and a massive fan of Mauro Icardi. Plus they are in the same group as Spurs so I hope they better them ?⚫ @Inter_en

Don’t you dare to dream of winning against Barcelona, Tottenham and PSV if you can’t win against Bologna, @Inter

✅✅✅
Off and running. @Inter get their first win and @OfficialRadja gets a debut goal with the first in a 3-0 victory. 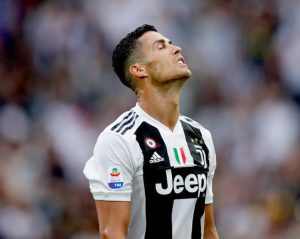 I’m genuinely unhappy that my man @Cristiano has not scored ⚽ at Juventus yet. I’m pained ?. Can’t wait to replay his first goal ?.

? @Cristiano Ronaldo for Juventus so far:

Just because Ronaldo is at Juventus doesn’t suddenly mean they are going to win games 4-0 etc football doesn’t work like that. Allegri is figuring out which tactic & formation to go with, I’d think that’s obvious with all the changes made in 3 games

Additionally, fans should be accustomed by now to the fact that every team in Serie A plays the best game of their life against us, especially the lower positioned teams. They are motivated to beat Juventus and even more so now that we have CR7. Him not scoring is a win for them

Juventus starting the season with two crucial away wins in first three matches⚪⚫ Ronaldo not among goals. But remember last year too at the same period he was a bit lucrative. But overall hard-fought win✌️ for @juventusfc #ForzaJuve #FinoAllaFine #ParmaJuve