These are the next three matches of Premier League, Match Day 10 of 38. The highlights are appended below the points table. 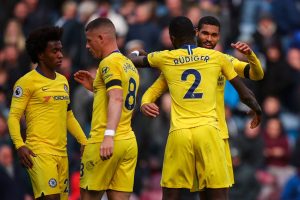 Great result to keep fighting for the Premier League!!! Happy for the three points and for helping the team with another goal! Go Chelsea!! pic.twitter.com/S2ag0Ridf6

Chelsea impress at Turf Moor as they continue their unbeaten start to the season#BURCHE pic.twitter.com/W0NfkEDGaJ

From the bottom of my heart, I would take a one-handed Navas over a hundred fully fit Courtoises. I wonder why chelsea didn’t ask for him to be included in the deal and save themselves some of the cash they lavished on Kepa. He’s way better than Kepa too IMO.

4 – Chelsea’s Ross Barkley has been directly involved in four goals in his last three Premier League games (two goals, two assists), as many as in his previous 22. Rediscovered. pic.twitter.com/dG4coq98NN

Match 2 of 10: Crystal Palace vs Arsenal 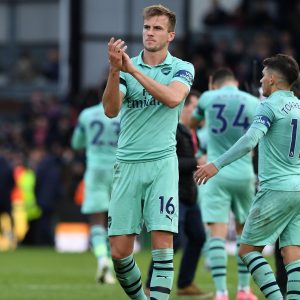 Only three teams have taken points off Arsenal across all competitions this season:

Four goals. One thrilling encounter. The points are eventually shared after Milivojevic scores his second penalty of the match#CRYARS pic.twitter.com/mUu17SPgJi

? @Arsenal’s 11-game winning streak comes to an end against @CPFC.

Arsenal head coach Unai Emery is here. He says: The second half we scored two goals in individual actions. We needed control when they attacked. We needed to score a third goal. When you defend a lot in your box it can happen [Palace’s penalty]. I respect the referee’s decision pic.twitter.com/b3Tvu8eBFa

Match 3 of 10: Manchester United vs Everton 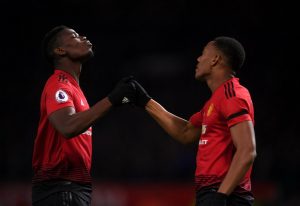 Manchester United need: a centre back, a defensive midfielder who can run, and a right winger.

They are the priority positions. With them, think United will be far more balanced.

-1 – Manchester United currently have a goal difference of -1 in the Premier League this season; the first time that they have had a negative goal difference after nine games of a league campaign since 1990-91. Minus. pic.twitter.com/CwgNrpM3Bk

Negatives: Pogba being too fancy. Smalling’s decision making. Lack out of an outlet on the right wing.

No Manchester United player has scored more goals for the club (41) than Anthony Martial since he made his debut.

Impressed with Martial today. I’ll always tell it how it is if someone isn’t upto scratch, but after the clear the air talks I mentioned last week he’s looking like the player we hoped we had signed

100 – Manchester United have now scored 100 Premier League goals against Everton; only the second team to score 100+ goals against a single opponent in the competition (Arsenal: 107 v Everton). Century. pic.twitter.com/fkCTwnTWuf

Letting Juan Mata pull the strings as the number 10 is so important to Manchester United’s attack. Lovely array of passes tonight. Looks so much more fluid.