These are the next six matches of the Premier League, Match Day 14 of 38. The highlights are appended below the points table.

Match 2 of 10: Manchester City vs Bournemouth 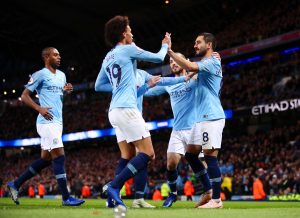 ⚽️ Most goals in the Premier League this season

⚽️ Most assists in the Premier League this season

There’s only one @sterling7 ?#mancity pic.twitter.com/xtSxqiAzsA

??????? Raheem @Sterling7 for @ManCity in @PremierLeague this season:

A weakened and slightly laboured Manchester City still managed to open a five point gap at the top of the Premier League, a warning to the rest of the competition that even with big names missing they can still keep up their scoring average of three .. https://t.co/hfShG5yvPw

One of the best in the prem currently. But tomorrow’s front page will be about him having someone take his bin out instead of doing it himself. The lad never gets a break. ?? he can start taking that form to the national squad

Match 3 of 10: Leicester City vs Watford 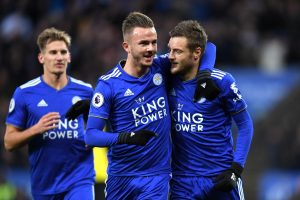 Leicester City climbed to seventh in the table after James Maddison scored a fine individual effort to add to Jamie Vardy’s opener from the spot in a 2-0 victory over Watford, who had Etienne Capoue sent off.#PremierLeague #Premier_League

Manchester City again with another victory to keep them at the top of table! Leicester City also gained a fantastic victory against Watford. Meanwhile at the bottom of the league big wins for Crystal Palace, Brighton and West Ham! #EveryonesAPundit #PremierLeague #ArmchairFans 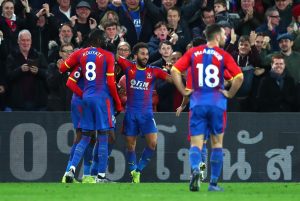 “RT OptaJoe: 2 – Marcus Rashford has provided two assists in a single game in all comps for Man Utd for just the second time in his career (also vs Crystal Palace in September 2017). Catalyst. pic.twitter.com/ckgZNLo3Zq” #RT premierleague

Crystal Palace (29) attempted the most shots they’ve had in a Premier League game since the start of last season in today’s game vs. Burnley.

Andros Townsend’s sensational long-range strike is the highlight as the Eagles secure a first #PL win since 15 September#CRYBUR pic.twitter.com/JFDPtPKAXa

James McArthur’s cross from wide makes its way through the box and into the net via the post – a slice of luck but the home fans are grateful!#CRYBUR