These are the last matches of the Premier League, Match Day 17 of 38. The highlights are appended below the points table.

Match 8 of 10: Southampton vs Arsenal 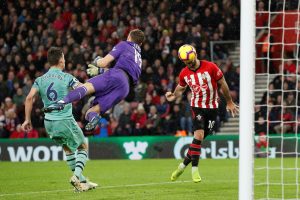 Arsenals 22-game unbeaten run in the league comes to an end, it took them to the dizzying heights of 5th place in the Premier League where they got to just within 5 points of the mighty Tottenham Hotspur.

Arsenal are ‘back’ 5 points back …

THIS IS WHY WE LOVE THE PREMIER LEAGUE ?

Arsenal, unbeaten in 22 games, lose at Southampton who haven’t won since September 1 and have just one win from 17 #PL games this season. #SaintsFC #AFC #SOUARS pic.twitter.com/IXyVkxNlA4

Arsenal are the first team to score 20 Premier League goals away from home this season.

Unai Emery is a roadman. pic.twitter.com/I29cxU6H9N

Ralph Hasenhuttl claims his first win as Southampton manager and what a way to do it#SOUARS pic.twitter.com/obRLtrREKl

A first #PL appearance of the season for Laurent Koscielny#SOUARS @Arsenal pic.twitter.com/3HX2nUKMzS

Match 9 of 10: Brighton vs Chelsea

#Chelsea win by 2 goals to one in the #Premier_League pic.twitter.com/qRjRHEtXNt

Oheneba’s criticism of all the other premier league teams is almost okay bar Liverpool.
His critique of Liverpool is always always poor. Constant criticism of klopp and here he is telling Chelsea fans a coach should think in relation to sarriball. #kwesefw

Eden Hazard has now been directly involved in more goals (16) than any other player in the Premier League this season:

Match 3 of 10: Liverpool vs Manchester United 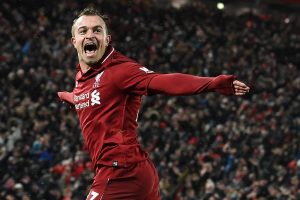 Liverpool beat Man Utd at home in the #PL for the first time since 2013#LIVMUN pic.twitter.com/FajUxbsLQm

Xherdan Shaqiri comes off the bench to score twice and send #LFC back to the top of the Premier League table.#LIVMUN #bbcfootballhttps://t.co/RtUyTTrHEB pic.twitter.com/7f7g5ALK6s

Following today’s result, Liverpool are now 19 points ahead of Manchester United in the Premier League table.

José Mourinho’s side are closer to Fulham in 20th (17 points). pic.twitter.com/oeh2sZdLB1

Super-sub Xherdan Shaqiri came off the bench to make an instant impact with two second-half goals as Liverpool returned to the top of the Premier League. ?

Liverpool in the Premier League this season. ??

The only unbeaten team left in the Premier League ?#LFC ? pic.twitter.com/05exHaBf3s

The substitute scores twice as Liverpool beat Manchester United for the first time in the Premier League since March 2014. #UCL pic.twitter.com/5205yorSVJ