This is the last match of the Premier League, Match Day 18 of 38. The match highlights and the top 10 teams points table is included. 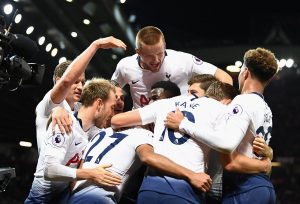 Tottenham Hotspur attacker Heung-Min Son is the most underrated player in the Premier League if not in the whole of Europe.

Only Spurs supporters can recognise just the class of the player.

He’s the kind of attacker which any team would dream to have and he’s ours!#THFC #COYS pic.twitter.com/11kqjalZpc

Tottenham moved to within two points of second-placed Manchester City in the Premier League after a big away win at Everton.

“When you play that way you must be very proud .That gives us an unbelievable feeling”

Manchester United: Is Alex Sanchez Not Adjusting to His New Team?