These are the next 2 matches of the Premier League, Match Day 11 of 38. The highlights are appended below the points table.

Match 8 of 10: Manchester City vs Southampton 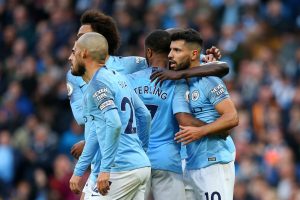 12 – Manchester City have scored five or more goals in a single Premier League game for the 12th time under Pep Guardiola – no other team has done so more than six times since the start of the 2016-17 season. Domination. pic.twitter.com/Vkpk8tSZVg

“And after this weekend’s games Liverpool and Manchester City remain joint top, with City just ahead on points difference.”

?? @AgueroSergioKun in the @PremierLeague for @ManCity:

.@ManCity have scored 5 or more goals in a @premierleague game for the 10th time since the start of last season.

Match 9 of 10: Chelsea vs Crystal Palace 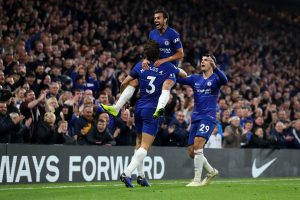 3 – Eden Hazard is only the third player to assist a goal in three consecutive substitute appearances in the Premier League, after Tomasz Radzinski for Everton in March 2004, and Arjen Robben for Chelsea in April 2005. Magic. pic.twitter.com/XXRsafmD0K

11 – This is the first time since the 1978-79 season that three top-flight teams have gone unbeaten in their opening 11 games of a league campaign (Man City, Chelsea and Liverpool). Margins. pic.twitter.com/sDZIiHvbxQ

800 – Chelsea completed 800 passes against Crystal Palace, more than any other team had managed in the Premier League this weekend. Bossed.

Álvaro Morata has scored two goals in a single game at Stamford Bridge for the first time since joining Chelsea.

That win puts us back up to 2nd in the @premierleague! We’ll hear from Maurizio Sarri soon – today he has equalled a league managerial record in going his first 11 games unbeaten.#CHECRY pic.twitter.com/8OwGq8od12