This is the last match of the Premier League, Match Day 25 of 38. The match highlights and the top 10 teams points table is included. 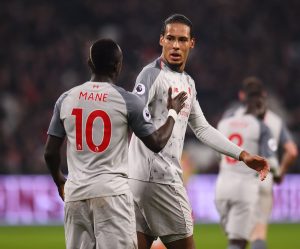 Liverpool are top of the Premier League by 3 points on the 2nd of February, vs arguably the greatest Premier League side we’ve seen. With Ox, Trent, Gomez, Gini, Henderson and Lovren Injured. That’s 5 starters. Klopp has worked absolute magic. Going to be an interested run in!

Liverpool are just the fifth team in Premier League history to have 62 points or more after 25 games of the season.

All of the previous four have gone on to win the title. ? pic.twitter.com/yXqUZYul2u

Liverpool have attempted just 57 shots in the Premier League in 2019.

The fewest among all of the ‘Big Six’ in that timeframe. ? pic.twitter.com/WUzmB6gAcb

Liverpool have dropped points in successive Premier League games for just the second time this season.

This title race could go down to the wire. ? pic.twitter.com/L0ZHNAHnpa

Solid as a rock. One of the best ball-winning defensive midfielders in the Premier League. ? pic.twitter.com/s8o57VNzMj