Premier League ’18-19 – Highlights: Fulham’s Own Goal Sinks Them To The Bottom

This is the last match of the Premier League, Match Day 11 of 38. The highlights are appended below the points table.

Match 10 of 10: Huddersfield vs Fulham 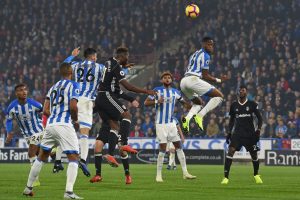 Woeful from Fulham tonight. Unthreatening in attack, they have lost last season’s style as well as conceding more goals than anyone in Europe’s top leagues. Unless something major changes, they’re doomed.

F/T ⚽ | Huddersfield notch up their first win of the season but there will be disappointment for Christopher Schindler as the only goal of the game goes down as a Timothy Fosu-Mensah own goal.

David Wagner’s side secure their first Premier League of the season. pic.twitter.com/ftI1yNj1jX

I’ve not watched a game as bad as that for a while. #Fulham ?
Players not holding runs, not being helped by the man on the ball, not playing the ball at the right time. Too many touches. No desire to get back on side.
End up in the championship playing like that. ?

Fulham to sack their manager, get Big Sam in and get a 0-0 at Anfield on Sunday. It’s so obviously going happen ?

Breaking World Cup 2018 England Vs Colombia 1st Half: Whose Leading….?