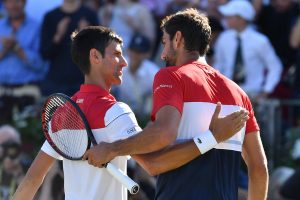 Tremendous speed and agility from #Djokovic as he sprints into the forecourt to meet a short #Cilic slice- he not only wins the point despite hitting the deck, but gets up to pump an ace past #Cilic.

Super week for both, surely two of the top5 favorites (maybe top3) to win Wimbledon.

Encouraging week for #Djokovic, but it’s #Cilic who carries the day, and heads into Wimbledon as one of the favourites. pic.twitter.com/7b3sVN78pY

Magnificent forehand pass on the run brings up break point, and #Djokovic‘s backhand clatters into the net to give up the break!#Cilic is serving for a second #Queen‘s title! pic.twitter.com/O3nDcIjP5a 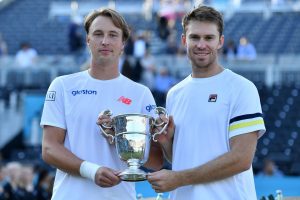 So close for @jamie_murray and @BrunoSoares82, but a defence of their doubles title at Queen’s wasn’t to be ?

Australian @johnwpeers and Finn @henrikontinen took the title with a 6-4, 6-3 victory ?

Hard luck on losing out on another title today, but onwards and upwards for Wimbledon. Go get it!