These are the next 4 matches of LaLiga, Match Day 15 of 38. The highlights are appended below the points table. 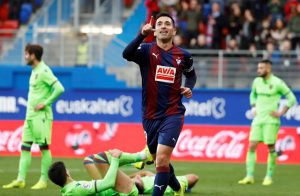 32 shots, 6 big chances, 4 goals for one of best shot supressing teams in Europe vs Levante…and a draw pic.twitter.com/b0neYFZqmb 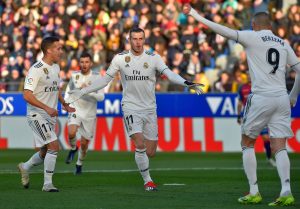 Bale’s first goal for in liga after 10 matches .
With this win Real madrid move to top 4 in LaLiga #HuescaRealmadrid pic.twitter.com/sLIN3P0PBj

Gareth Bale ends a run of ten Liga games without a goal to send Real Madrid up to fourth in Spain. ??#UCL pic.twitter.com/9ff1CwsvX5

Real Valladolid ended a run of 5 league games without a win with a 2-1 victory at Real Sociedad, thanks to goals by Toni & Antonito #SSFootball