Some sports are so common in our society, yet they are extremely dangerous at the same time. Gruesome injuries are always happening in these sports yet very little attention is given to them. So, here is a list of some of these sports that are more dangerous than thrilling. 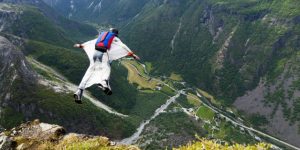 Goosebumps. That’s what you get when you see someone performing this recreational activity. Even jumping off an airplane at 16,000 feet is not as thrilling as this activity as many people prefer this activity over sky-diving simply because it’s more challenging.

What makes Base Jumping deadlier than sky-diving is the low-altitude as chances of a malfunction of your parachute and you hitting the buildings around you become much higher.

Furthermore, jumping from towers or cliffs is much trickier as there is very little time for you to deploy your parachute as failing to do so at the right time can cause problems for you.

Base Jumping was first developed in 1978 by Carl Boenish and has now become quite a popular sport among thousands of individuals.

Individuals attempting this sport do it for recreation and others for thrill but professional base jumpers do it to set records as the recent record of 4,100 meters was broken in 2014 by Ramon Rojas of the highest Earth-based wingsuit ski jump.

Despite the dangers that this sport is associated with, it is still legal in most countries as its popularity continues to grow in the modern world. 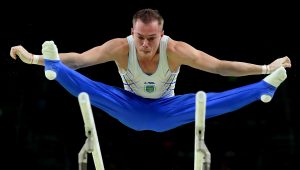 Known for its strength, flexibility, control and balance Gymnastics has been among humans since the Greek era. This sport was originally devised for war purposes in order to test soldiers.

But, it gradually made its way into sports and is now an established Olympic sport played by numerous countries worldwide. Although, athletics and outstanding balance have become the face of this sport in the modern world, however it also has an ugly side to it.

Of course, I am pointing to the risks that are involved while playing this sport. Fractures, sprains and cartilage damage along with spinal fractures are the injuries that very commonly seen in individuals who play this sport.

A prime example of how dangerous this sport is the case of Julissa Gomez who was a professional gymnast who died when she suffered a neckdown paralysis during a training warm-up session.

This injury of hers proved to be fatal as she died 3 years later from this injury. However, this along with other such fatal incidents have not dented this sport as people still continue to play this dangerous sport without taking the proper precautions. 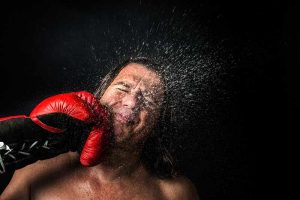 Contact sports are always dangerous. And sports that involve hitting your opponents head repeatedly involve a lot of injuries. So, much so that recent statistics have revealed that almost 90% of boxers suffer from brain injury in most part of their life.

The list doesn’t end here as diseases like Alzheimer’s and Parkinson’s are developed by boxers in later parts of their life.

The biggest example of this the legendary boxer, Muhammad Ali who suffered from Parkinson’s syndrome that was a result of the brain injuries during his boxing career.

On the other hand, MMA takes it to the other level as there are limited sets of rules in this sport and getting blooded in a fight is so normal that no one really talks about it anymore.

Both athletes fight with bare hands and also use their legs to attack each other in the octagon and the main purpose for both of them is to win.

This is why no one really cares about getting the other player injured and with limited rules it becomes even more devastating for fighters inside the octagon as they are mauled by one another in a dangerous fashion.

All these factors make this sport even more deadlier than boxing.