Home Outside Cricket World Cricket Rankings – 1st October ’18: Virat Kohli Retains Top ODI...
Facebook
Twitter
Pinterest
WhatsApp
World Cricket Rankings – 1st October 2018
These Cricket rankings are issued by: International Cricket Council
As per Allsportspk readers request as and when any of the ranking is announced it is being published. Currently, from Men’s cricket rankings only Test players rankings have been updated. From Women’s cricket both ODI and T20 team rankings have been updated. 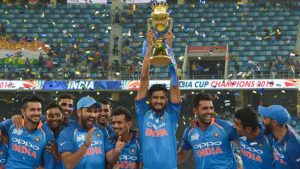 After winning the Asia Cup 2018, the Indian team retained it’s position at the 2nd spot, and considerably lessened it’s margin with the No.1 ranked English cricket team. 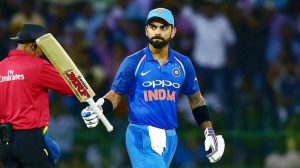 Despite, not taking part in the Asia Cup 2018, the Indian batsman, Virat Kohli retained his position as the No. 1 batsman, in the Men’s ODI cricket rankings. Also, Rohit Sharma who led the Indian team, in the absence of Kohli, gave riveting performances and moved to the 2nd place.

Some of the other significant upgrades were of David Warner, Aaron Finch and David Miller, who are now placed at 4th, 15th and 39th place respectively. 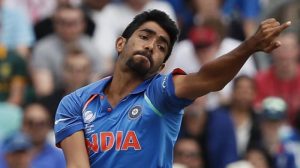 Jasprit Bumrah played a vital role, as India won the Asia Cup 2018, and this helped the Indian pacer, to retain his rank as No.1 bowler in ODI cricket rankings. Kuldeep Yadav also broke into the top 3, as the young chinaman spinner led through the front in India’s all-round spin attack in the Asia Cup 2018.

Some other significant upgrades were of Mustafizur Rahman, Tim Murtagh and Mashrafe Mortaza who are now placed at 12th, 20th and 27th place respectively. 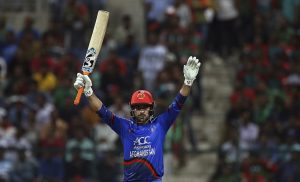 Rashid Khan brought out his inner talent with the bat in the Asia Cup 2018, and this plus Shakib Al Hasan’s absence allowed him to go to the top of the table, in the Men’s Allrounder cricket rankings.

Some of the other significant upgrades were of Kedar Jadhav, Kuldeep Yadav and Shadab Khan, who are now placed at 17th, 21st and 32nd place respectively.