The play-off match for the third place was held of the ongoing FIFA World Cup 2018. The match wise highlights are appended below. 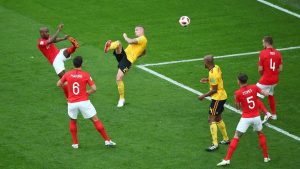 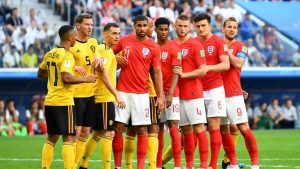 ? This is their highest EVER World Cup finish.

? A pleasure to watch. pic.twitter.com/Q2ZzIiDNMG

The difference between Lukaku’s Belgium and Kane’s England is that Belgium worked hard to get here while England were luckily pitched against easy teams. Belgium deserves the bronze #BELENG

Belgium beat England 1-0 in the group stage, gave them more than a week to go prepare well only to increase the beating to 2-0 ?? #BELENG pic.twitter.com/qs8qGE9d8M

The top and bottom of England’s entire World Cup campaign, is that they lost to every half decent side they played.

England at the #worldcup: Expectation vs reality ??? pic.twitter.com/d5oEfqrM6t

England lost to Belgium twice and to Croatia. They beat Panama, Tunisia, Colombia and Sweden. Yet people are acting like this was some massive achievement. They beat teams they should beat and got spanked by good teams. How is that amazing? #Eng #Bel #BELENG

Reality:
-England have lost to every decent side they faced.
-Kane scored 3 penalties, 2 tap-ins & a defelcted goal.
-2nd lowest shots per 90.

Media:
-England are entering into a new era of pogressive football.
-England are favourites for the next EUROs.
-Kane delivered

England and Belgium ride is here after a pointless match#WorldCup#BELENG#ENG pic.twitter.com/f6RmwAWZiD

The mighty England beaten again i see, they have only played 2 decent sides all tournament and lost every game (twice to Belgium) but still they think they are world beaters. The team is shite and will never win anything so pipe down you idiots.

Join allsportspk tomorrow for the World Cup 2018 Final between France and Croatia.