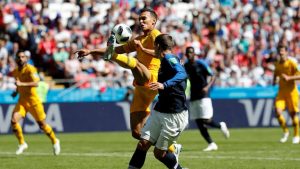 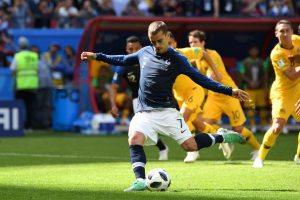 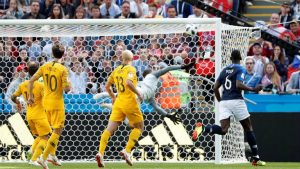 ?⚽ Mile Jedinak after ?? defeat: “If we maintain that form, discipline, structure and concentration throughout, let’s see where it takes us. The boys put an almighty effort in. I can’t fault them.”#WorldCup #WorldCup2018 pic.twitter.com/oMseXdGj9Q

Ronaldo, Costa, Griezmann, Aguero. All scored by Day Three. Shaping up to be a good World Cup.

The fact opinion is divided on the Griezmann VAR penalty decision suggests that even if it probably was a penalty the decision should not have been changed.

what did Mile Jedinak said to his midfielder???

Paul Pogba awarded with the official Man of the Match award vs. Australia. ? pic.twitter.com/m3zqhkJzHV

Mark Lawrenson when that Paul Pogba goal was given… pic.twitter.com/JxziGhnHXV 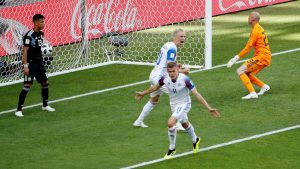 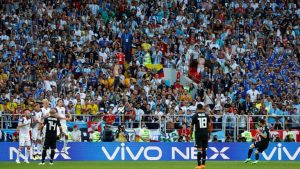 Sergio Aguero at the #WorldCup:

His first ever goal on the big stage. pic.twitter.com/T5QtyKzylK

A week ago, 33-year-old Birkir Saevarsson worked as a part time salt-packer at a warehouse in the industrial zone of Reykjavik. Today, he’s just secured a 1-1 draw for Iceland against an attacking trio of Angel Di Maria, Sergio Aguero and Lionel Messi.

CONGRATULATIONS | Well done to Alfreð Finnbogason, a former youth player at @hutchie_vale, on his World Cup goal against Argentina. From Saughton Park to Spartak Stadium! pic.twitter.com/fUFkzM047G

Argentina are the biggest chokers on the international stage 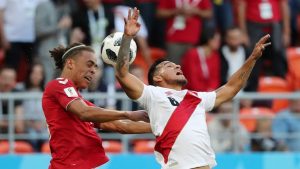 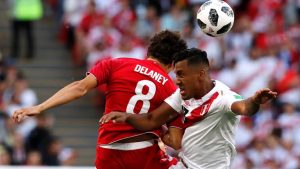 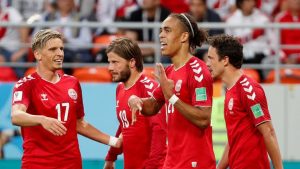 Peru deserved better. The thing about this all game over the years is the winning is done by the teams that finish their chances. May not be the better team but you have to bury it. Peru got a PK would have changed the game. So France and Denmark control the group.

Since Liverpool last won the league:

? Peter Schmeichel won the league 4 times
? Set the record for most consecutive minutes without conceding for Denmark

Kasper Schmeichel stands on his head for Denmark to secure the 3 points! #PER 0 – 1 #DEN pic.twitter.com/StACvnqANo