What a goal by Christian Eriksen on the half volley. And that assist by Jorgensen ? pic.twitter.com/7EoNRpccWA 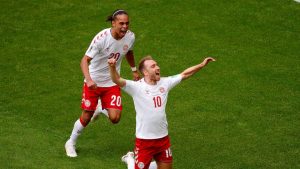 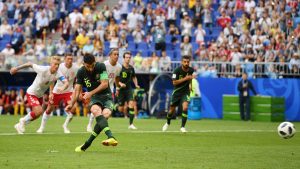 This is how Denmark celebrated their draw with Australia ??

‘VAR is removing some of the charm from the World Cup’

Denmark coach Age Hareide criticises system but admits it was correct to award penalty against his side in Australia drawhttps://t.co/u3yDDuPHCl pic.twitter.com/F3aRlOJ3TN

Miles Jedinak has netted 20 goals in 78 caps for Australia since making his debut in March 2008. In the same time period he has only scored 26 times in 301 league appearances for his respective clubs. Now that’s patriotism.

?? Christian Eriksen has now scored 13 goals in his last 15 games for Denmark ??? pic.twitter.com/hoTtknaRcv

WATCH: Kylian Mbappe became the youngest FIFA #WorldCup scorer for France with this goal that secured a spot for Les Bleus in the knockout stages. 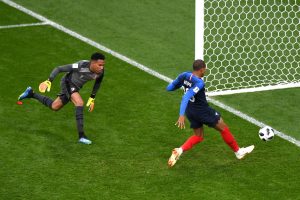 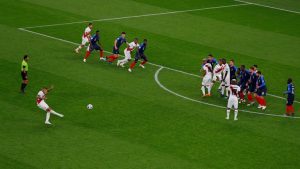 Kylian Mbappé (19 years and 183 days) is the first Équipe de France de Football player to score a FIFA World Cup goal for ‘Les Bleus’ having been born after their World Cup victory in 1998. pic.twitter.com/UBKITq3nn9 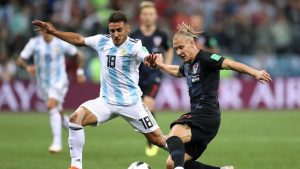 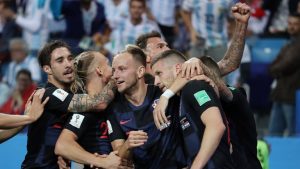 Ivan Rakitic almost sinks a dagger into #ARG with a beautiful strike that hits the crossbar! #WorldCup #ARGCRO

?Ivan Rakitic: “I’m sad for Messi, I hope he qualifies

I don’t think it was a surprise, we came to the World Cup to challenge the best team and win every game.

Argentina was a candidate to win the World Cup and the top of the group and we’re happy to win them” pic.twitter.com/X1HTvOOJyM

Luka Modric is simply a joy to watch. He’ll be 33 in two months yet he’s still dominating games at the highest level for both club and country. Another superb display tonight from the Croatia captain, stepping up when his team need him most.

Luka Modric, what an unbelievable baller, best midfielder in the world since 2013 in my opinion, what a beauty!

Awesome to watch Croatia with midfield mastermind Luka Modric beat Argentina. I only have one question, why does Maradona need TWO watches?!! ???#ARGCRO pic.twitter.com/u5F95qsufo

Join allsportspk tomorrow for the next matches of FIFA World Cup 2018.