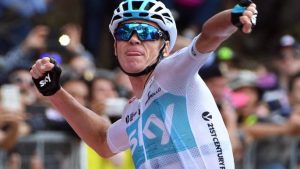 Chris Froome remains at the top of the Men’s Individual cycling rankings followed by Sagan Peter and Viviani Elia at the 2nd and 3rd position respectively. Meanwhile, Valverde Alejandro broke into the Top 5 by jumping up 4 ranks to replace the former 5th ranked cyclist Van Avermaet Greg. Some other upgrades in rankings were of Kwiatkowski Michal and Terpstra Niki who are now placed at 19th and 23rd position respectively.

Italy remains at the top of the table followed by Belgium and France that are placed 2nd and 3rd in the Men’s Nationwise rankings. 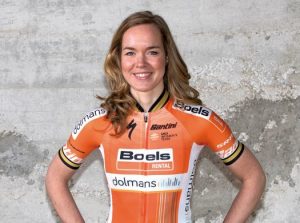 The Dutch trio of Breggen Anna, Annemiek and Vos Marianne are still placed at the top of the Women’s Cycling rankings. Meanwhile, Rivera Coryn and Majerus Chrisitne upgraded their rank to place themselves at teh 11th and 14th position respectively. Lepisto Lotta’s jump of 4 ranks allowed her to break into the Top 20 and Rowe Danielle’s jump of 2 ranks placed her in the Top 30 Women’s individual cycling rankings.

The Dutch team, Boels Dolmans is at the top of the Women’s team cycling rankings followed by Australia’s Mitchelton Scott and the Dutch Team Sunweb. Movistar Team Women upgraded her rank by two places and Servetto- Stradalli Cycle and Aromitalia Vaiano also experienced an upgrade in their rank.

Netherlands lead the nationwise women cycling rankings by a huge margin followed by Australia and Italy who are placed at 2nd and 3rd respectively.