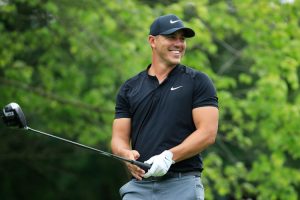 At a clinic, I think in 2009, Tiger was asked if anyone would beat his records. He responded sort of mystically: the player who would was already born and probably 12 years old. No idea why he said 12 but Cameron Champ was 14. pic.twitter.com/ybweKCmbR7