Table Rankings as on 9th September 2018 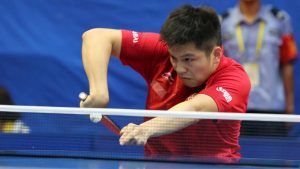 Fan Zhendong retained his top rank in the Men’s table tennis rankings, followed by Xu Xin who is placed at the 2nd position. Meanwhile, Boll Timo lost his 3rd rank to China’s Lin Gaoyuan, and is now placed at the 4th position.

Some of the significant upgrades were of Ma Long, Wong Chun Ting and Freitas Marcos who are now placed at 6th, 9th and 15th position respectively.

For Women’s Tennis Rankings move onto the next page!