This is the first seven matches of  Premier League, Match Day 4 of 38. The highlights are appended below the points table.

Match 1 of 10: Leicester City vs Liverpool 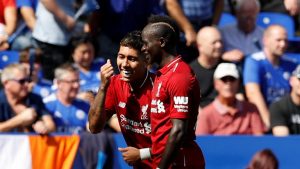 Liverpool hadn’t conceded until today. We pressed them well and dominated large spells of the game. We struggled in the final third but this is the best Liverpool side in my lifetime (I’m 34). I just don’t get the constant negativity from #lcfc fans.

If the Lord has told me my Liverpool will get 4 wins out of 4 games without them being at their best and concede one embarrassing goal, then I will forever praise the Lord. Make una wait make this engine start. Na una dey rush us. #YNWA #alisson

Once again, the over confidence of Allison and sloppy play of Virgil caused Liverpool a clean sheet.The keeper is good but that sort of play was needless.I’m certain Mignolet would be fuming and saying to himself that “I didn’t even fumbled that much before I was benched”#LEILIV

Match 2 of 10: Crystal Palace Vs Southampton 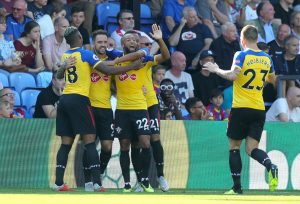 Davies 5️⃣ , one good performance followed by a shocker today! Can’t pass forward and people run past him for fun when he tries to tackle.
Next game should be Southampton in the Cup!

The one who in half a season, kept clean sheets against Chelsea and United on his debut, saved two pens one being a double save. And ofcourse kept a clean sheet against Southampton last season but that one was easy

We have to start Meyer and Kouyate. Look so thin in midfield. Southampton were awful, says everything about us. The GK has had a blinder against us to be fair. #CPFC #Palace ???

Match 3 of 10: Everton Vs Huddersfield 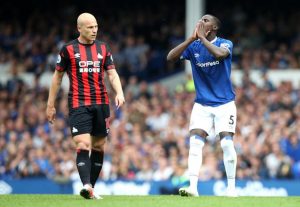 Lack of a central midfielder able to dictate play tells in these games. Everton had 58% possession but too much went nowhere or backwards and the goal was our only shot on target. Silva needs injuries to clear as lack of options led to some curious changes. First real off day.

There next three games are Everton, Chelsea, and Man U. If they’re not careful they could be on zero points for a while longer

Feels like today’s match was one @Everton should have won, no? Certainly happy to be undefeated 4 matches in, but a victory at Goodison today over a lower-table club was expected. 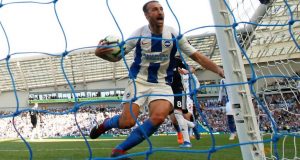 Excellent first trip to @OfficialBHAFC. Lovely lunch in Brighton, one of (if not the) best modern grounds in the country and a thrilling 2-2 comeback draw from the hosts against Fulham. #BHAFC #Seagulls #DoingThe92 pic.twitter.com/0Gwyb9yzQl

No-one in the top four divisions of English football has scored more league goals than Aleksandar Mitrovic (16) since February 2018. His goal for Fulham this afternoon has taken him ahead of Liverpool’s Mohamed Salah (15).

@MDembele_10 big man. Appreciate you went for the big bucks but don’t stick the knife in. @CelticFC gave you an opportunity, better than Fulham ever could. Be thankful and move on. Don’t be a fanny about it. You were idolised, be thankful. Good luck in Lyon. Hope Youre happy

For the last three matches of today, move on to the next page!