UEFA Champions League: Round of 16 Draw 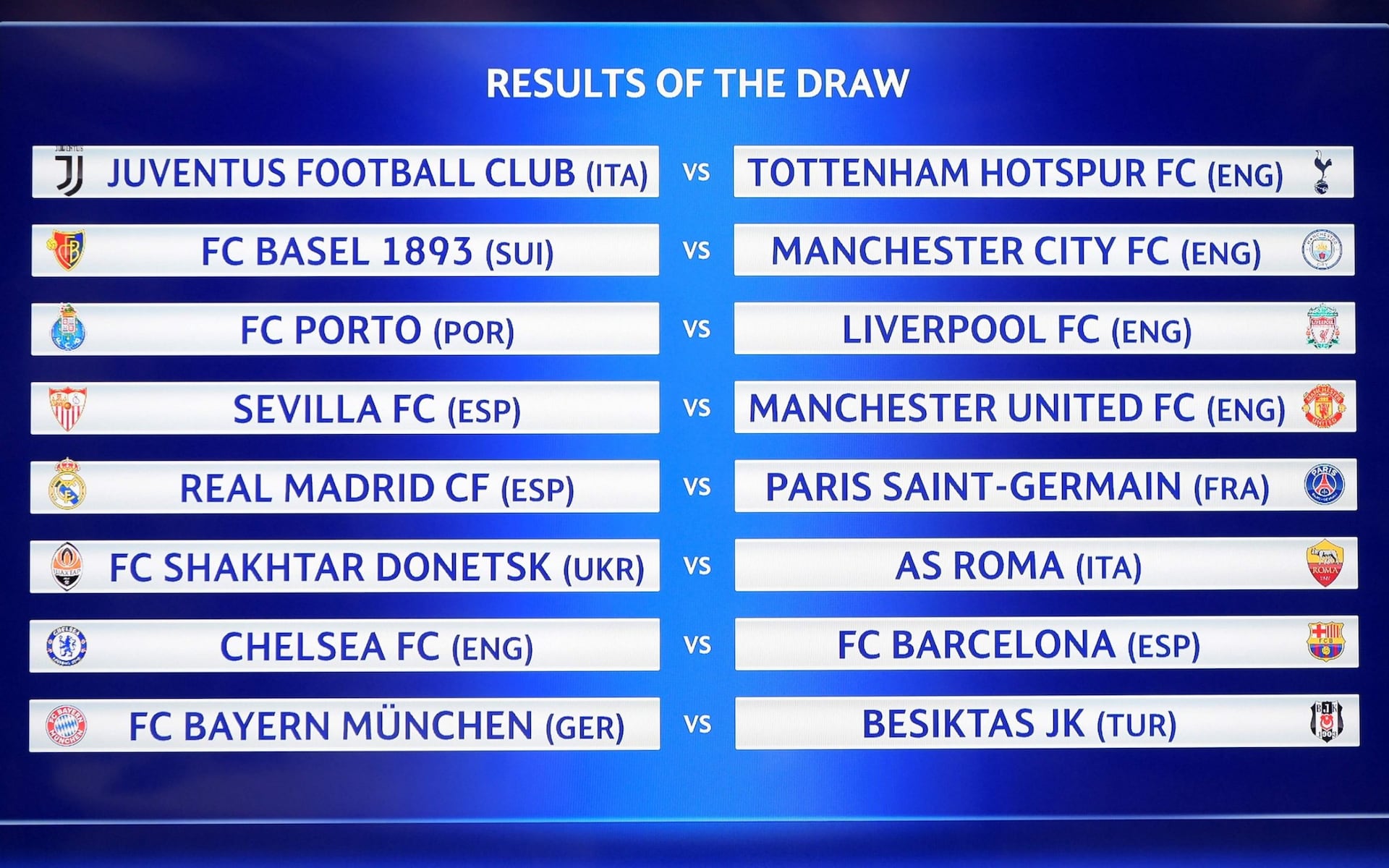 Allsportspk continues its extensive coverage of the UEFA Champions League 2017-2018. This includes match previews, reviews as well as draws.

The draw for the first round of the knockout stages of the UEFA Champions League took place in the UEFA headquarters in Nyon, Switzerland.

Two seeding pots were formed: one consisting of group winners and the other of runners-up. No team could play a club from their group or any side from their own country.

Teams in the draw:

Ties of the round:

The round of 16 draw served up some mouthwatering ties. The tie of the round is undoubtedly between reigning champions and back to back winners of the tournament, Real Madrid, and the French side, Paris Saint-Germain, who have been magnificent this season. Both sides have match winners across the pitch but none bigger than Portuguese legend Cristiano Ronaldo and Brazil’s Neymar. It will be very interesting to see who comes out on top.

Another intriguing tie is Chelsea versus FC Barcelona. Both sides have crossed paths plenty of times and played memorable matches against each other in recent years. This tie will add another chapter to a heated rivalry. It will also be a test for the Argentinian magician, Lionel Messi. He has never registered against Chelsea in eight previous matches, the most he has faced any club without scoring.

Juventus and Tottenham Hotspur will also be an entertaining affair. Tottenham have been fantastic in this season’s edition and have already registered an impressive win against Real Madrid in the group stages. This will be another big test for them as they face reigning Serie A champions and last season’s runner ups.

These are the teams allsportspk analysts predict will progress to the quarter finals:

Stay alert for more exclusive UEFA Champions League 2017-18 Allsportspk content. We will continue covering rest of the tournament comprehensively till its culmination in Kyiv, Ukraine on May 26, 2018.