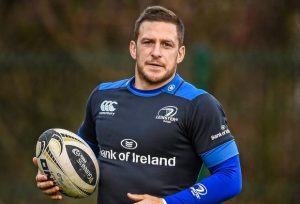 5 players on new, undisclosed-length contracts have been signed by the Premiership club Wasps.

And, it also Jimmy Gopperth who plays as a fly-half and is currently injured. It was in August, that Jimmy suffered with anterior cruciate ligament injury and was precluded for the season, and is now expected to make a comeback in May 2019.

After Sunday’s 24-14 misfortune at home to Bath, Wasps are at present placed on the 4th position in the Premiership table.

Gopperth has amassed 771 points, generally with his kicking, in 78 appearances, since touching base from Newcastle in 2015, and won the Premiership Golden Boot in 2016-17.

Since signing from Free State Cheetahs in 2012, Johnson, who plays at both hooker and flanker, has scored 38 attempts in 175 matches.

McIntyre, the longest-serving of the five players, has shown up since moving from Sale in 2011, while Taylor has played multiple times since his 2016 move from the Sharks.

Stoked to continue the journey with the @waspsrugby brothers. I can’t wait to get back on the pitch with the boys ? https://t.co/NXhl9odNsi

Hear what Dai had to say about today’s news at https://t.co/WAizmbx2sv pic.twitter.com/PZnjWpnJDX