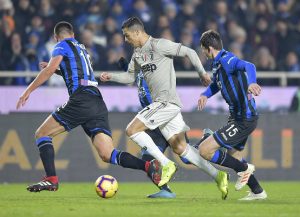 After four straight Coppa Italia Titles, Juventus have been eliminated by Atalanta thanks to two goals from Duván Zapata. pic.twitter.com/Pd83Mq4FY5

Duvan Zapata has 17 goals in his last 10 games ? pic.twitter.com/X3K8WAxh7T

0 – #Juventus have not attempted a single shot on target in the first half for 2 games in a row for the first time since March 2018 (vs Lazio and Tottenham). Numb. #AtalantaJuve