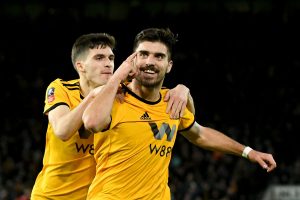 ? Liverpool will now have a free weekend in January and in February, the second being prior to Bayern Munich first leg. Expect a warm weather training camp that will benefit the squad in the latter stages of the season.

So the weekend Tammy was deciding on whether to stay at Villa or go to Wolves we lost 0-3, played shite and had a Twitter meltdown whilst Wolves beat Liverpool.

Superb debut for the 16 year old, despite the result ?? pic.twitter.com/p5XhCS1ylq