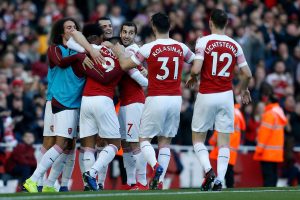 Arsenal are now in fourth after a 2-0 win against Southampton, Liverpool are back at the top of the Premier League but only by a point after a goalless draw with Man United! All to play for. #premierleague pic.twitter.com/QKb6Fkg9G1

Since the opening match, Arsenal have remained unbeaten in 13 #PL home matches, winning the last seven in a row#ARSSOU pic.twitter.com/M5gEEEqzre

Lacazette has now scored against 18 of the 22 Premier League teams he has faced. #Arsenal. pic.twitter.com/vEnkkefuXj 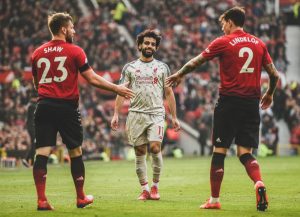 A point means we return to the top of the @premierleague with 11 games remaining.

Forget the doom and gloom merchants, Liverpool are looking down on the rest of the Premier League. This title race is still in their hands. #LFC https://t.co/tWpVQjVfmu

Alisson is the first Liverpool goalkeeper to keep 15 clean sheets in a single Premier League season since Pepe Reina in 2009/10.

Mohamed Salah has had two shots in 169 minutes of Premier League football at Old Trafford for Liverpool.

He’s created just one chance in those 169 minutes too. ? pic.twitter.com/5MtmTdZyXc

Liverpool go a point clear after a tense 0-0 draw at Manchester United.

Who will win the Premier League title this season? ?#UCL pic.twitter.com/cH5KmcrTC3

Sunday is the 400th day Liverpool have finished top of the #PL in the competition’s history#MUNLIV pic.twitter.com/pmVF54Fwv7

The first time since 2001-02 and only the second time in the Premier League era that Liverpool have led the table after 27 games. Perspective.