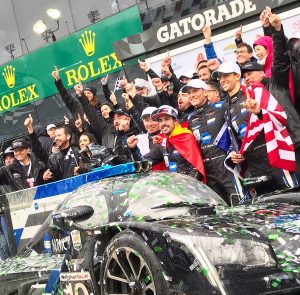 Fernando Alonso hustled into retirement from Formula One devoted to winning the last leg of motorsports’ rendition of the Triple Crown. The Indianapolis 500 is the missing piece on his resume, one he expects to include in May this year.

In any case, Alonso has been thinking about his future for a long while, and his November retirement from F1 has opened his calendar to race in anything he needs. In the wake of tying down Wayne Taylor Racing to a triumph in the Rolex 24 at Daytona, the Spaniard was demure about his future.

Alonso did the truly difficult work for Taylor at Daytona, a race halted twice without precedent for history for rain, at that point called short of the 24-hour stamp since conditions were unreasonably deceptive for drivers to be on the track.

Two of Alonso’s three stretches in the vehicle were amid the rain, to a limited extent in light of the fact that F1 had made him the most experienced driver on the Taylor lineup in wet conditions, and on the grounds that he had the control and consistent quality to deal with the dangers versus compensate in a heavy rainstorm.

Alonso found the constrained perceivability and standing water on the track to be the most unsafe states of his vocation, and he had all that anyone could need when he saw the pace vehicle driver hydroplane and almost crash when he was following under alert.

After winning #Rolex24 ⁦@alo_oficial⁩ said he aims to do something “unprecedented in motorsport.” My guess is his next big announcement will be Dakar. What do you want to see ⁦@alo_oficial⁩ race? https://t.co/EI1cCkYxKQ

With Daytona in his rear view, @alo_oficial’s focus shifts to the one win he needs to capture the “Triple Crown Of Motorsport…”

The Indy 500, less than four months away. #MondayMotivation pic.twitter.com/irn5yFJa2f