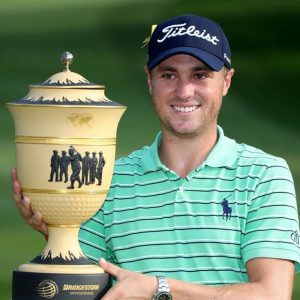 Justin Thomas’s #WGCBridgestone victory was his 8th @PGATOUR win over the last 2 seasons, the most by any player in that span.

Up next for Thomas… he looks to become the first player to successfully defend a PGA Championship title since Tiger Woods in 2006-07. pic.twitter.com/DFcwXFa8R9

Meanwhile, the first position is still retained by Dustin Johnson who previously won the Canadian Open 2018.

Rory Mcllroy experienced a significant change in his ranks as he broke into the Top 5. Other significant upgrades include Marc Leishman, Patrick Cantlay and Kyle Stanley who are now placed 18th, 24th and 26th position respectively