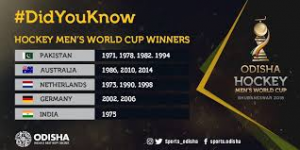 After the conclusion of the two day trials at the National Hockey Stadium, Lahore. An 18 member Pakistan hockey team for the World Cup in Bhubaneswar, India, starting from November 28, has been named.

M.Rizwan Sr. will be the captain of the side with Ammad Shakeel Butt, the vice captain.

The Teams participating, Groups and Schedule is as follows: 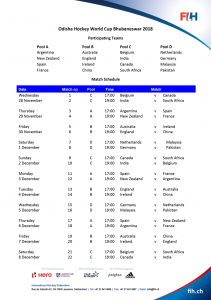 Notes: Subject to the approval of the FIH any match(es) may be rescheduled to accommodate commercial requirements.