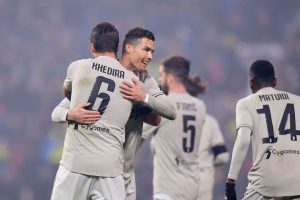 Back to winning ways with a great team performance in Sassuolo ??⚽️ Thanks for the headache tonight @Cristiano … ??? #finoallafine #forzajuve #sk6 @juventusfc pic.twitter.com/O2WxuPH9yz

Cristiano Ronaldo for Juventus this season:

One of them is the Most Underrated Playmaker In History! pic.twitter.com/VwAKIeoagp

Cristiano Ronaldo has now reached double digits in both goals and assists for Juventus.

He is 34 years old ⚡️ pic.twitter.com/dsazPhuvrt

Juventus are on their longest unbeaten league run since 2016 ? pic.twitter.com/ajGKuEcFBQ