This are the last two matches of Serie A, Match Day 6 of 38. The highlights are appended below the points table. 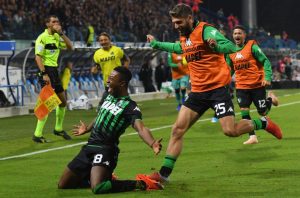 All inter top 4 rivals have matches vs each other(If you count sassuolo) . Must bear cagliari to take advantage. Hoping for Roma derby draw and napoli win. Then a.c. to beat sassuolo.

Roberto De Zerbi insists #Sassuolo “deserve” to be third in #SerieA after a 2-0 win away to #SPAL and is glad Alessandro Matri scored https://t.co/VHXL5qkpqR #SPALSassuolo pic.twitter.com/6cAKz1OTZC

Credit to De Zerbi and Sassuolo’s depth up front as they rested Berardi and Prince and they still scored 2 to win the game. The symbol of that depth is Matri who came off the bench and scored a goal. Prior to this game, Spal hadn’t conceded a goal at home in @SerieA #SpalSassuolo

Matri hits the post for the 2nd time, but the ball jumps into the net this time! Sassuolo secured the win. 0-2 #spalsassuolo 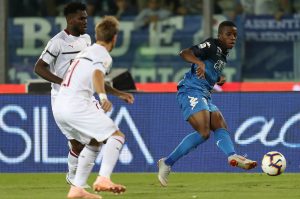 Fed up of this Milan team. I think i would need a break and resume when we have a real coach. Not someone who cannot win a team like empoli etc and expect to be in CL next season. Guys, you have been paid well to do a better Job so make us proud.

Are we always gonna complain how unlucky we are or acc do something about it.We’re winless in last 3 games against Cagliari,Atalanta and Empoli.Grow the fuck up man,look at Inter,I don’t care if they arguably keep getting lucky with late wins,theyre a building a winning mentality

A team like @acmilan that can not defend properly against teams like Empoli and the other low rated teams can never win the league.