Pakistan Green scored 38 points whereas Iranian team fought hard but could muster 35 points and lost the match by a narrow margin. Similarly, Pakistan White dominated the proceedings right from the beginning. Indian players tried their best to level the score but failed due to excellent performances of Pakistan raiders and stoppers.

The International Kabaddi Taakra series had started day before in Bahawalpur, with Pakistan White defeating Pakistan Green and India defeating Iran in the second match.

The last Taakra’s will be in Lahore on January 13, 2019, between Pakistan White will face Iran, while Pakistan Green will lock horns with India in two crucial matches scheduled to be played at Punjab Stadium. 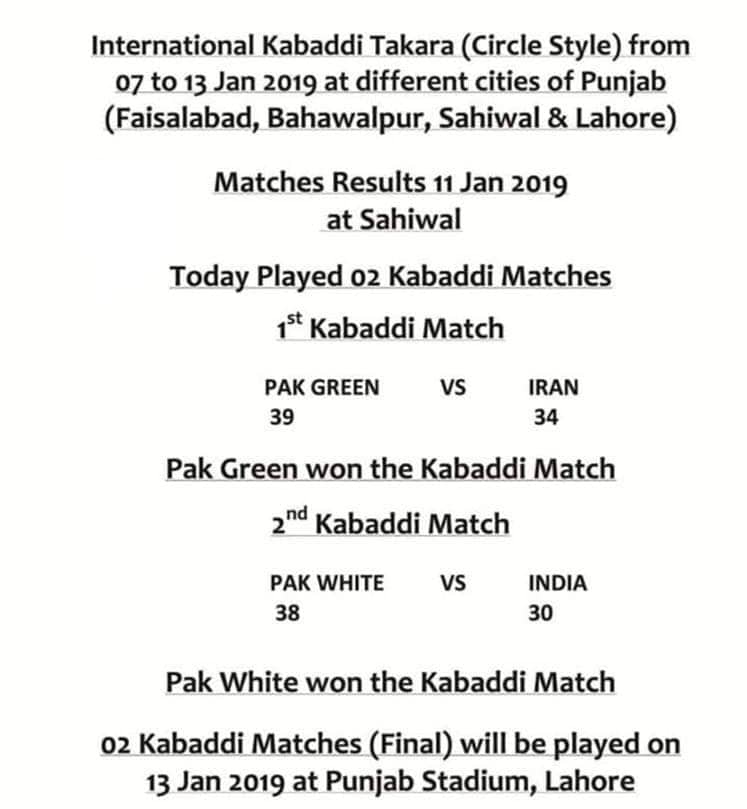 Director General Sports Punjab Nadeem Sarwar, on this occasion said Pakistan will get several talented Kabaddi players after this exciting event. “Kabaddi is one of the oldest traditional games and most popular among the masses. It keeps young generation healthy and active”.

DG Sports Punjab appreciated thrilling game of all the four participating teams. “International Kabaddi Taakra is a golden opportunity for Pakistan’s young players to polish their game,” he opined.