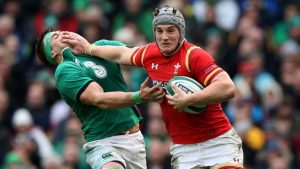 In the upcoming Saturday’s Six Nations match against Italy, for the first time ever, centre Jonathan Davies is set to captain Wales.

Regular captain Alun Wyn Jones is set to be on the seat in a much-changed Wales group.

Ribs vanquished France 24-19 in their opening match against France in Paris.

That was Wales’ tenth progressive triumph and on the off chance that they beat Italy for a thirteenth time on the bounce, it will measure up to Wales’ record-breaking unbeaten record of 11 Tests set somewhere in the range of 1907 and 1910.

This is a bit odd. Team changes reported as news without any confirmation of the sauces. I don’t doubt that this is true, but isn’t it strange that it’s not attributed? Am I missing something here? https://t.co/NSyv8jD6U6