Tennis – Shanghai Masters ’18: Federer Knocked Out; Djokovic Into The Final 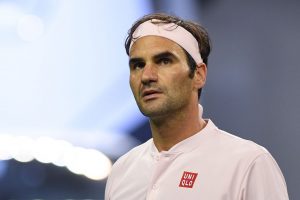 Roger Federer was beaten by Croatia’s Borna Coric in the Shanghai Masters semi-finals yet Novak Djokovic achieved the final with a prevailing triumph.

Whereas, the Serbian Novak Djokovic whipped German world number five Alexander Zverev 6-2 6-1 in a little more than a hour to achieve the final against Coric.

Also, this will be Borna Coric’s 1st final at a Masters 1000 competition.

Waving hello to World No. 2 ?@DjokerNole will surpass Roger Federer when the newest #ATP Rankings are released on Monday. Do you think Novak will finish the year at No. 1?

Meanwhile, the 31-year-old Novak Djokovic, is on a 17-match winning streak, a run that incorporates titles at the US Open and Cincinnati Masters.

The Wimbledon champ last lost a match in the Rogers Cup third round on 10 August.

As a big @rogerfederer part of me is upset that he has been beaten tonight by @borna_coric. However, I’m a huge fan of the ‘next-next generation’ and a result like this is only the beginning. In saying this #RF will probably just win #AO2019 and prove me wrong. Goodnight xo

Novak Djokovic has just finished his press conference and is now heading for a meeting with Gerard Pique, who has turned up here in Shanghai during the international break.