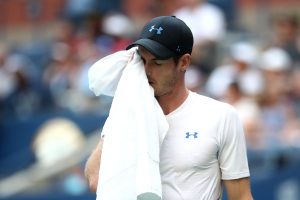 The former world No.1, Murray beat world number 11 David Goffin on Thursday, to achieve the quarter-finals and thrashing his most elevated positioned adversary since coming back from a hip surgery.

Yet, the 31-year-old previous world number one lost 6-4 6-4 to Spanish fifth seed Verdasco in the quarterfinals of the ongoing Shenzen Open.

As a result of this defeat, and many others before it, Andy Murray, a 3-time Grand Slam champ, has slipped to 311th in the Men’s Singles tennis rankings.

Confirmation now received. Andy Murray has pulled out of Beijing due to a slight ankle issue and will now focus on his rehabilitation before the 2019 season. https://t.co/1402iXOaqY

The competition in China was his 6th since returning in June and he will contend yet again – at the China Open in Beijing in October – before concluding his season early.

It was Verdasco who beat Murray in the second round of the US Open and, after this triumph in 1 hour and 39 minutes, the 34-year-old will proceed to meet Japan’s Nishioka for a place in the final.

Meanwhile, Alex de Minaur, the Australian 19-year-old, will meet Frenchman Pierre-Hugues Herbert in the other semi-final.

Andy Murray opts to end his season after a straight-set defeat by Fernando Verdasco in the quarter-finals of the Shenzhen Open.
Source: BBC Tennis News… https://t.co/H3k7kWfof4

Look at @TigerWoods & how he has had to wait so long to win again. @andy_murray needs time & patience & if his body can cope he will prevail again. https://t.co/s7GXbcET1K