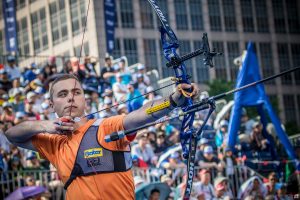 After winning the European Championships, Steve Wijler replaced Kim Woojin as the top archer in the Men’s Recurve Bow archery rankings with Lee Woo Seok placed at the 2nd position. Meanwhile, Furukawa Takaharu broke into the top 10 as Crispin Duenas experienced a downgrade in his rank.

Some of the significant upgrades were of Jean-Charles Valladont, Atanu Das and Riau Ega Agatha who are now placed at 15th, 18th and 21st position respectively. 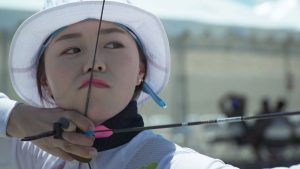 Chang Hye Jin retained her top position with Ksenia Perova and Tan Ya-Ting placed at the 2nd and 3rd place respectively. Meanwhile, Lisa Unruh broke into the Top 5 as Kang Chae experienced a downgrade in her rank.

Some of the other significant upgrades were of Maja Jager, Michelle Kroppen and Yasemin Anagoz who are now placed at 7th, 10th and 11th place respectively.