USA remains firmly on the top with Spain in the 2nd position. Meanwhile, France has moved ahead of Serbia and takes the 3rd position on the table. Argentina also upgraded their rank by one point and now holds the 5th position in Men’s basketball rankings.

The top four rankings in Women’s basketball remained unchanged. Canada broke into the top 5 as Czech Republic moved down to the 12th position. The biggest jump in the rankings was that of Virgin Islands as it jumped 15 ranks up and is now placed 35th in the Women’s basketball rankings. 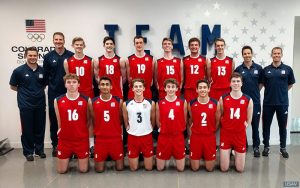 USA takes the top position in boys basketball rankings. Canada moved one rank up in the boys ranking as it now ranks 2nd on the rankings table. Serbia replaced Turkey as it managed to break into the Top 5 rankings and is now placed 4th in the table.

Israel and Estonia showed considerable jumps in their rankings and are now placed 36th and 39th respectively.

USA tops all other categories including this one as as it tops the table with a total points of 684. It is followed by Spain and France who are ranked 2nd and 3rd respectively. Following them are Canada and Russia with 343 and 293 points respectively.