Home Outside Hockey Field & Ice 10th Hockey Asia Cup: Japan hold Pakistan to 2-2 Draw
Facebook
Twitter
Pinterest
WhatsApp
The Japanese who were well beaten by India 1-5 in the first match, played today’s match according to a well executed strategy: defending in numbers and making swift counters on the break.
The first quarter was quite even. Both the sides had a couple of open play chances but it remained scoreless.

In the first minute of the second quarter, with Japan one man down, Pakistan earned a penalty corner via a left side move. The two touch drill was perfectly executed. Skipper Irfan’s diagonal push from the top was well deflected into the goal by Arslan Qadir from a position close to the left post. 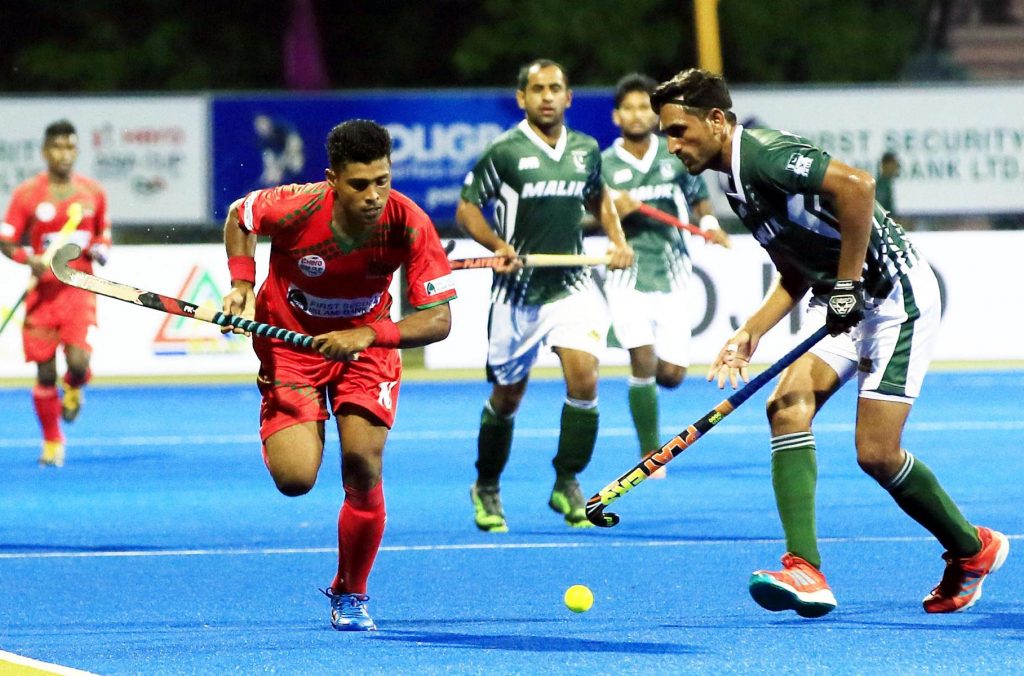 A good up and down battle ensued.In the 22nd minute, a speedy Japanese attack resulted in some clumsy defending from Pakistanis. K.Tanaka benefited from a poor clearance to level the score after his first attempt had been stopped by the net minder Mazhar.

With just one minute left in the half, Yoshihara collected a long ball at the top of circle’s right, swiveled around the defender and crashed the ball into the net with a superb back hander.
Half time Pakistan:1  Japan: 2
10th Hockey Asia Cup: Pakistan beat host Bangladesh 7-0
17th ranked Japanese were again the better side in the third quarter against the 14th ranked Pakistan. They earned a penalty corner and also had a good field opportunity. The PC flick was well taken but the left post denied them the third goal.
Early in the fourth quarter, an unnecessary shove from the back by Azfar Yaqoob yielded Japan’s second PC. Goalkeeper Mazhar brilliantly palmed away the high push. Green Shirts’ equaliser arrived in the 50th minute. Arslan Qadir, scorer of first goal, made a good run along the right base line before sending a defence splitting back pass which was easily availed by the unmarked Umar Bhutta at the far post. A couple of minutes later, a similar cut in by  Umar Bhutta earned Pakistan the second PC. Direct route was adopted but the goal keeper was well positioned, and he also saved the attempt on the big rebound. 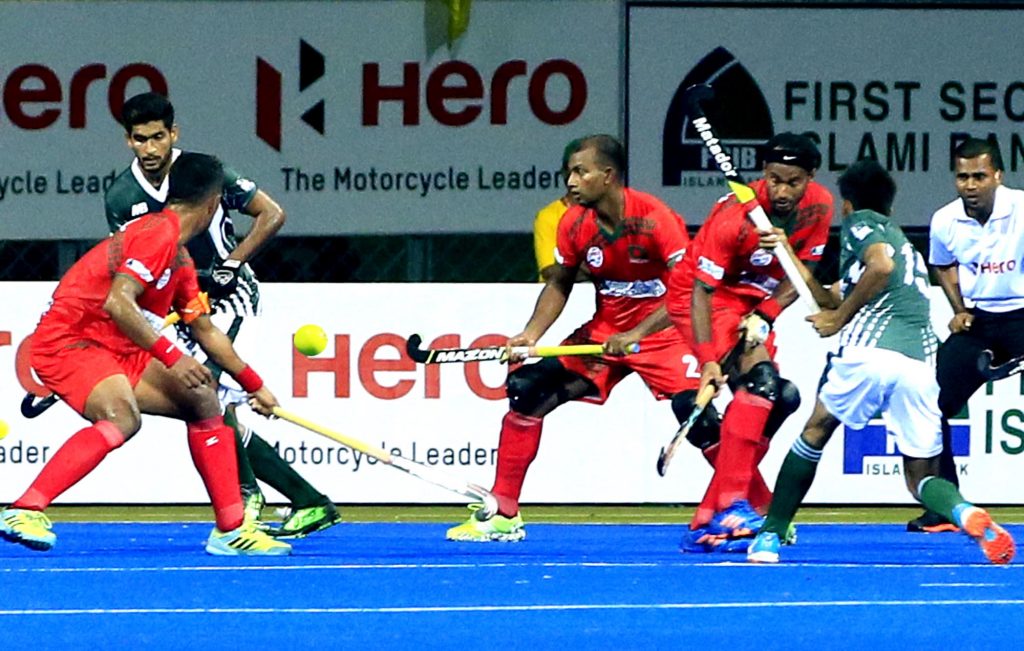 Both the sides had a couple of more opportunities including one at the death for the Japanese.
SCORERS:
Pakistan: Arslan Qadir (16′) & Umar Bhutta (50′)
Japan: K.Tanaka (22′) & Yoshihara (29′)
Hero Man of Match: Arslan Qadir (12,500 Takas)
Hero Goal of Match: Umar Bhutta (10,000 Takas)
India, with two wins from two matches, have already made to the Super Four from this pool.
On Sunday, the last matches of this pool would see Pakistan play India while Japan meet Bangladesh.
POOL A
For updates regularly visit: Allsportspk