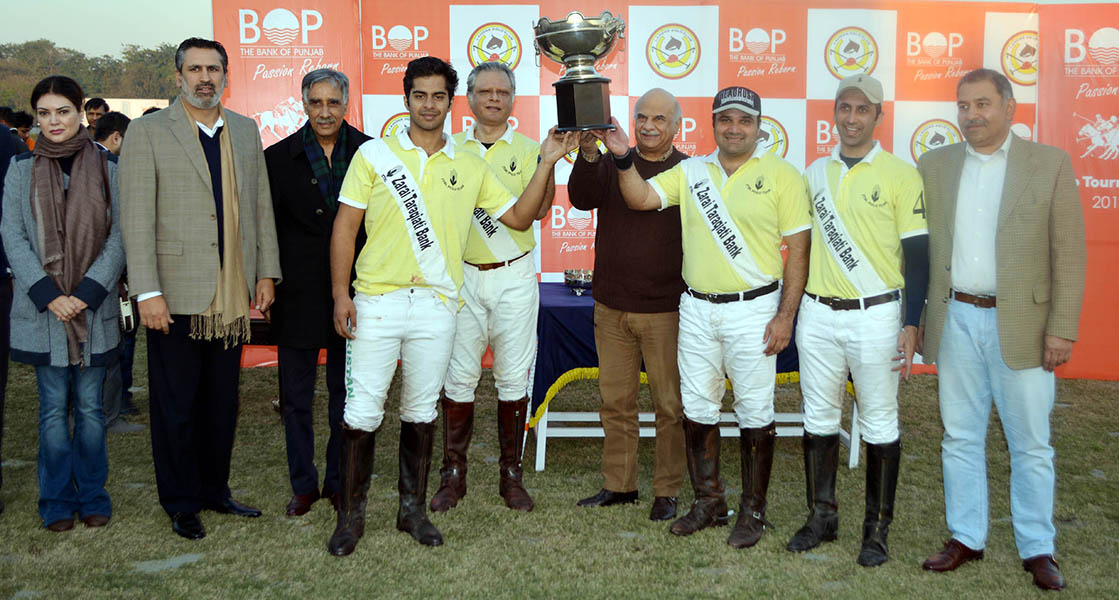 Saqib started the match by converting a successful 60-yard penalty hit to provide ZTBL 1-0 lead. Master Paints bounced back in style in the second chukker and slammed in two superb goals – one each by Hamza Mawaz and Ahmed Bilal – to take 2-1 edge. Saqib then displayed quality polo and hammered a hat-trick to give ZTBL 4-2 lead.

Master Paints changed their gears in the third chukker and succeeded in converting two more goals through Bilal Haye to level the score at 4-4. But Saqib then came from behind to put his team 5-4 ahead but in the dying moments of the chukker, Bilal Haye once again level the score at 5-5. The fourth and decisive chukker of the final was fully dominated by ZTBL as he fired three fantastic goals to take unbeatable 8-5 lead, which remained intact till the end and ZTBL emerged as title winners with the score of 8-5½, as Master Paints had half goal handicap advantage. Bilal Noon and Atif Yar Tiwana were the field umpires.