After the matches which took place the Final will be held on 6th January between the teams of PAF and WAPDA.

The 5 January – match results announced by PKF – Pakistan Kabbadi Federation were as follows: 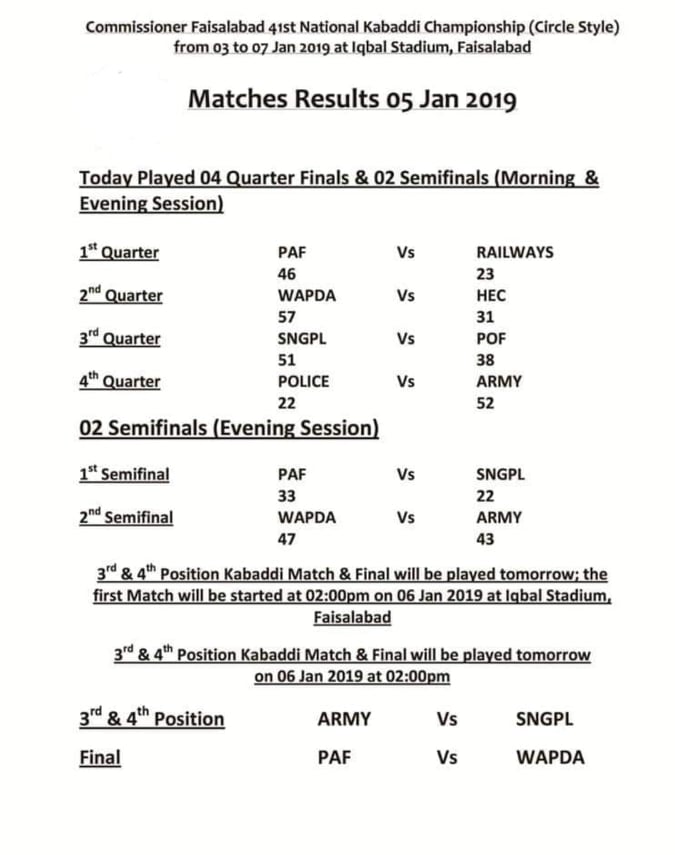