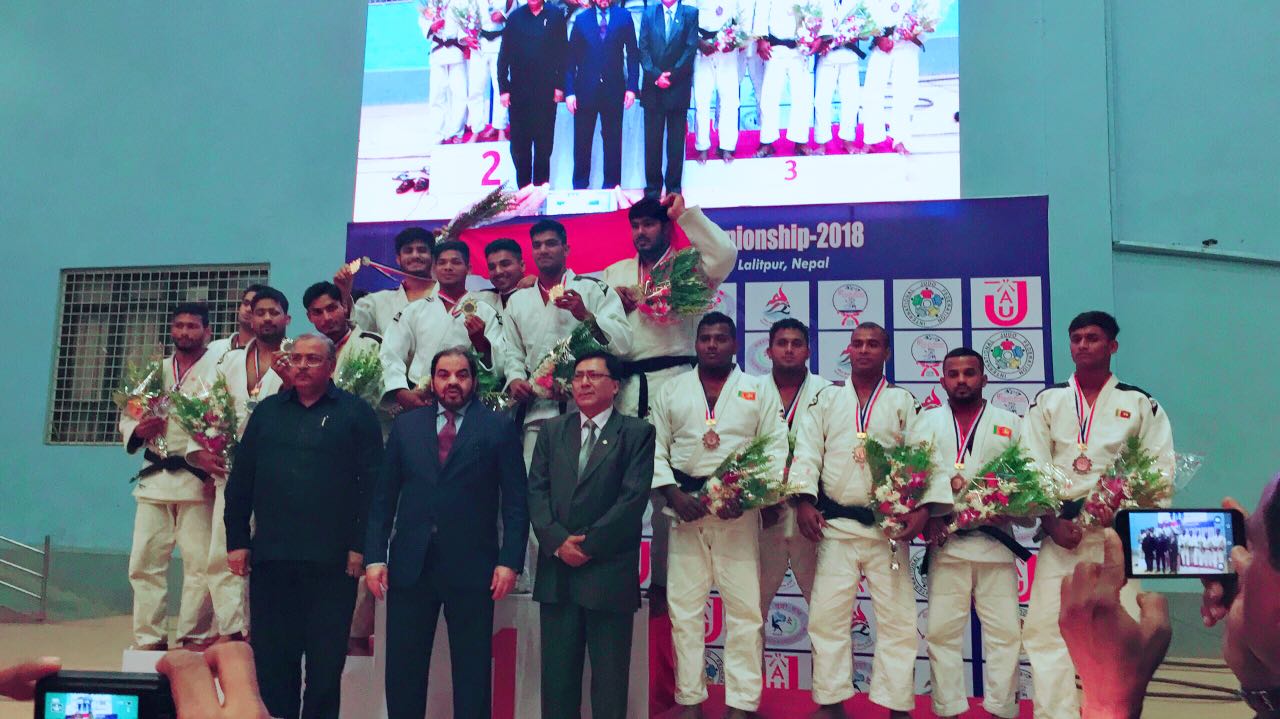 NEPAL: After a 8 medal performance in the Individual event, Pakistan Judokas were also able to acquire the 2nd position in the Team event with a Silver in Men’s and Bronze in Women categories.

In the Men’s team event, Pakistan won the Silver medal. Earlier, in the first round Pakistan defeated Bangladesh, in the semi-final defeated Nepal and in a competitive final lost to India 3-3.  The winning Judokas were Nadeem Akram and Shah Hussain Shah.

In the Women team event, Pakistan having lost to India in the in semi’s, defeated Bangladesh to earn the Bronze medal. 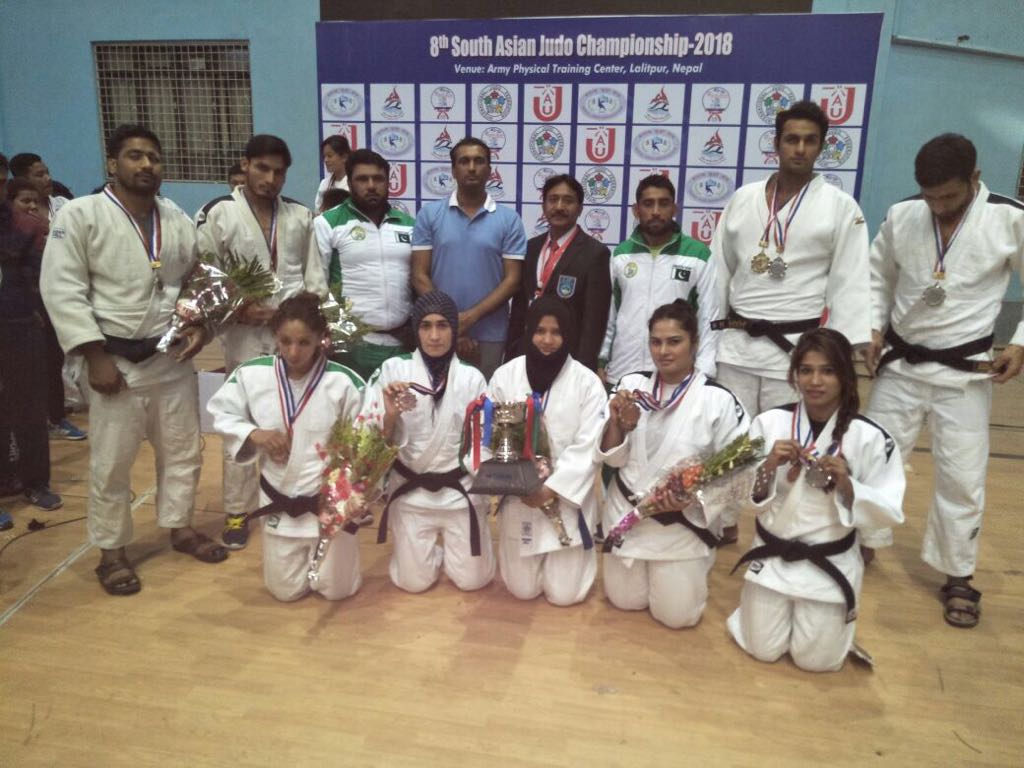 Six nations had been competing in the South Asian Judo competition, Pakistan stood at the 2nd position in both the Individual and Team categories.