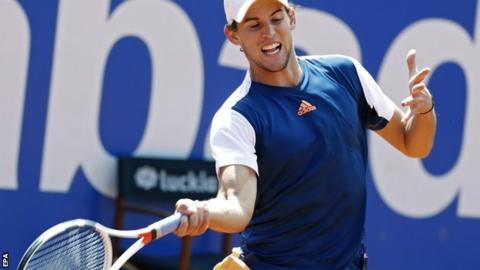 Murray, who impressively rose to number one last year after an elbow injury is still struggling to get back into the form and fitness. His movements did not have the flow,whereas, Thiem with full command in half an hour won the first set with three serve breaks.

Thiem in the third had to fight back from a break point, but continuously kept Murray under pressure serve and once again broke another three times in the final set to enter the final.