Allsportspk as part of its end-of-2017 series highlights the notable sporting individuals and teams that performed impressively.

If there is one word that can accurately define the 2017 men’s tennis season it is this: revival. After being away from the court for much of the 2016 season, the Nadal-Federer duo came back roaring in 2017 to add another incredible chapter to their historic careers and their fabled rivalry. Their form and dominance made every tennis fan feel like it was 2008 all over again when their rivalry was, arguably, at its peak. In amidst this, though, a few fledgling talents also started to emerge and make their mark. They provided us with excitement and showcased their quality. In this article, we will be reviewing the season of two of these younger talents as well as that of Federer and Nadal. And as encouragement for young blood allsportspk starts the notability list with the emerging players.

#4: Denis Shapovalov, the 18 year old teenager has been labeled as one of the brightest young players on the world tour and his remarkable performances this year meant that he finished the year ranked 51. Also awarded the ATP Emerging Player of the Year, Shapovalov, who won the Wimbledon Junior Grand Slam in 2016, put in his best performance in a senior Grand Slam at the US Open this year and reached the fourth round.

The highlight of the Canadian’s career thus far came earlier this year when he defeated Rafael Nadal in the third round of the Montreal Open. The Canadian is certainly one to keep an eye out for in 2018. 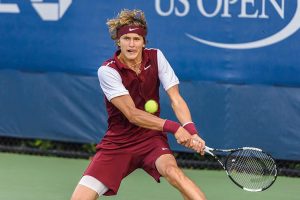 #3: Alexander Zverev, had a breakout year in 2017. The 20-year-old German won five singles titles. These included two spectacular victories at the Masters 1000s tournaments in Rome and Montreal. Zverev also reached the fourth round at Wimbledon, a first for the world tour newcomer.

However, Zverev did fade slightly at the end of the year, exiting early in the US Open before getting knocked out in the round robin stage of the Nitto ATP Finals. Nonetheless, 2017 was still a brilliant year for him and he will be hoping to improve further in 2018. 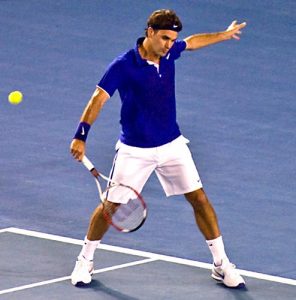 #2: Roger Federer, arguably the best tennis player in history, the Swiss Master defied his age in 2017 and had one of the best seasons of his career. He started the year with intent, purpose and, most importantly, free of the injury worries that have dogged him for the last few seasons. His excellent form saw him win the Australian Open by defeating Rafael Nadal in a 5-set final which will go down as one of the best matches they have played against each other. Injury worries and fatigue meant that Federer sat out the French Open. Federer returned for Wimbeldon and was simply imperious. He dominated the opposition and won another Grand Slam without dropping a set. The Swiss number one won seven ATP titles in 2017. This was the most by any player and lead to him being awarded the ATP Comeback Player of the Year.

A disappointing defeat to Juan Martin del Potro in the US Open and a semifinal defeat in the ATP Finals meant that Federer ended the year at number 2 behind Nadal. However, that doesn’t take anything away from what was a magnificent year for the Federer Express. 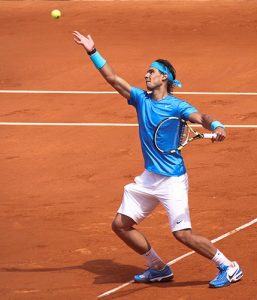 #1: Rafael Nadal, had a record breaking year for Nadal. He added two more Grand Slams to his trophy cabinet and increased his total to 16. One of those Grand Slam victories was extra special, though. By winning the French Open, Nadal became the first man ever to win 10 Grand Slams at a single venue. He did it in style as well, blowing away the competition and winning the tournament without dropping a set. A shocking 4th round loss followed at Wimbledon and the Spaniard vowed to improve. Nadal went on to win the US Open proved his critics wrong once more.

The Spaniard won a total of six ATP titles in 2017, one less than Federer. He had a disappointing end to 2017, however, primarily owing to fatigue and had to withdraw from the year-end finals after playing just one match.

It was a phenomenal year for Rafael Nadal and he fully deserves his number 1 ranking as well as being awarded the ATP Player of the Year award. 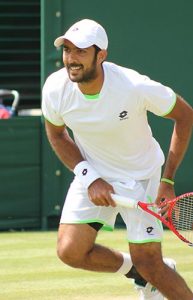 Aisam-Ul-Haq Qureshi – Honorable inclusion is the current world number 31 in Doubles and had another successful season. The 37 year old from Pakistan won the ATP 500 event in Barcelona alongside Romanian player Florin Mergea. Qureshi also won the ATP 250 event in Antalya alongside Swedish player Robert Lindstedt. Pakistan’s number 1 tennis player seems to be confident to continue his good performances this year also.